So I have some theories for you, and it’s gonna help relieve your mind because you’re not doing anything wrong. These people have huge audiences already. This is one theory. It’s not theory, it’s the truth but this is one technique that these people use to get on the top of the leaderboard.

So the most common is they have usually five to 15 years experience in other MLM companies. So when they discover your company they do this huge Exodus, and they bring over their team from the previous MLM they were in.

In fact, they’re probably doing a 90 day Blitz and what they do is they just spend 14 hours a day on the phone, calling all of their contacts that they have created over the years in network marketing.

So really the power is in the list in this scenario because it’s just like Hey Bob, I’m in this awesome deal, it’s gonna be the next Aloe Vera, you got to get in this, and they just call up hundreds of people, and it shoots them to the top of the leaderboard.

It’s kind of like the rich get richer right, but you have to do the work. It doesn’t happen in your first year. You know, these are MLM veterans that have done it for decades and they’re just like, Alright, you know, this is the new deal right and so there’s a lot of hype. There’s a lot of momentum and it creates a lot of excitement, and they thrive off of that.

There’s a lot of MLM junkies out there that jump companies after six months because the honeymoon’s over, the excitement is wearing off. And they’re like, I want to do that again, I want to join a new MLM skyrocket to the top by bringing over my group.

So that’s the first scenario. The second scenario is someone joins the company and they got a huge YouTube already, or they got a huge website that gets thousands of visitors a day. Now these people, they might last a month or two on the leaderboard and you’re like, what are they doing?

Like I saw one guy a couple months ago he skyrocketed to the top of the leaderboard, and I did a little research and found out that he had like 50,000 subscribers on YouTube, which is insane. That’s a big channel, and he just did some CBD videos and all of a sudden he’s on top of the leaderboard. But you know, a lot of these guys, they tap into that market they already have pre existing market. Again, it takes years to create that.

Another way you could do that is if you had an email list of thousands of people like subscribers from your blog. If you have a huge blog and you got 5000 subscribers – all you gotta do is shoot out an email saying you know you’re in the greatest next thing. Join me and you’re gonna blow up.

But here’s the thing is that this isn’t sustainable. This scenario you usually tap out your warm market in a month or two later. You do great for two months. And then after that you’ve exhausted your warm market so you got to break into the cold market, aka strangers.

And if you don’t have cold market lead generation skills, then you’re back to zero, or very little, you know, so what I’m trying to say is that these people have established warm markets. Very big. Usually, they bring over teams from other mlms. And that’s why they’re on the leaderboard for a couple months, and then you don’t see them again.

So don’t be that guy or girl. Learn how to generate leads consistently for years, like I’ve been doing this for five years. I still generate 20 leads a day, which I’ve been doing since 2014, because I created content.

So take the time and create content, if you want to do this seriously for the next decade or two, and make life changing income retire your parents buy their house retire you buy your house. Then start creating content. That’s what the leaders do. The leaders have big YouTubes, they got blogs. They’re all over Instagram, Facebook, whatever you want to do, but just do it consistently every single day.

It takes 20 minutes to do a video, just start investing your time, and it will pay you back big time in three to five years. So that’s all for today. Thanks for watching if you’re not in a home business, click the link below check it out. And we’ll talk to you soon about multi-level marketing mastery. 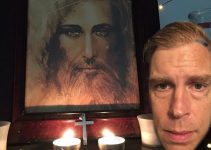 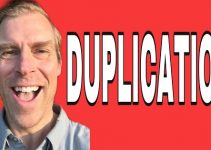