There’s only two ways you can basically get your opportunities seen by strangers and that’s either create content online, aka blogging, or videos or Facebook Lives, or you’re going to have to do paid advertising and a lot of people can’t afford paid advertising in the beginning, that’s why they did network marketing in the first place.

For instance, I only had $80 left on a credit card when I joined network marketing, and because I believed in the business model I knew it was the only business that I could realistically make six to seven figures a year without any specialized degree. I can make as much as a doctor or a lawyer with barely graduating high school, I mean I was flipping burgers for a living, I wasn’t going anywhere and I knew that network marketing was going to be my vehicle. my answer.

But the only thing I had at that time was Twitter so I utilized Twitter. I followed about 1000 people a day in the beginning, and then I let this automation software direct message all my new followers that followed me back. And I had my opportunity link in the message so I literally generated leads and I got about 100 people in my business in about a year and a half, using Twitter.

The thing is my team couldn’t really duplicate that – they didn’t have a lot of time. They had jobs and I was only working like three days a week and I really wanted for it to work so I utilized Twitter. But if you don’t have a lot of time, you’re probably gonna have to do something like advertising or some kind of automation software.

So when I first started network marketing. I just started a blog, and I knew that a blog would take about two to three years to start getting enough traffic. So, I don’t recommend blogging. If you don’t have patience for writing or you don’t have the time. It only took me about an hour a day to publish a post. I like writing, it’s fine.

But I knew that it would take about two to three years for my blog to take off. So, meanwhile, I use Twitter, Twitter’s free, and I just tweeted and I followed people, and that’s what grew my business, until I started my blog. until my blogs are taking off, and same with videos.

So what I recommend is that you create content right when you join your network marketing business because content is going to take six months to two years to be seen by the public. And it’s going to take two to three years for your blog to take off if you publish articles every week on it. I mean it’s a serious endeavor. You’re going to have to do paid advertising and create content at the same time.

Then when your content starts taking off and your team starts growing in network marketing and they’re doing advertising, you can cut back on the advertising yourself. So there’s a fine balance there, I mean when you first start you don’t have a lot of money, but I still suggest you do as much paid advertising as you can to get the ball rolling. I mean, you need a lot of leads to get your company going., and the other thing is you’re going to ideally bring in friends and family. If you don’t believe in the network marketing model, then you’re going to have trouble talking to your friends and family about it because they’re going to sense your apprehension, your belief is lower.

Then about two years into it, my blog started doing better and I started getting leads from that. I didn’t have to use Twitter as much and luckily, I mean, fortunately, you know, Twitter was dying, as my blog was growing. So it was kind of a passing of the torch, so to speak, you know, as Twitter was dying. Twitter handed the torch to my blog and the blog started taking off and growing.

Thank goodness, because I started finally getting some leaders into my business which increased my income. Then when I discovered some paid advertising techniques, I had some more money to invest but if you’re starting out and you can spare, I know everyone can spare money. I mean I made like $200 a month when I began network marketing, and I was willing to drop 100 to 200 on advertising.

Every week you do what you can, especially when you really believe in the network marketing business model, and you know that potentially each person you recruit can be worth a million dollars, like I spoke about in my previous video, where each rep is potentially worth millions of dollars because it’s true.

He talks about how he struggled in 11 companies and then his 12th one he took it more seriously and attended all the events, sat in the front row, really started getting the belief there, and then his 16th person that he recruited in his 12th company was a lady who brought in a friend, who then brought in 2000 people, and then that grew to two that grew to 20,000 people on his team.

Now he makes $150,000 a month. So really one person can lead to millions of dollars it might take three to five years for that to unfold before you actually know that wow this is a leader on my team. You really don’t know what people are gonna do in the beginning, you know they’ll talk big and excite you with their big talk but the only thing that matters is action so you got to wait and see who starts doing the actual recruiting and building their teams.

So the answer to the advertising when do you do advertising, you do it when you can. I mean, you know, if you’re spending $10 a day on lattes I think you can afford. $100 a week on advertising so do that while your content starts growing.

But in the beginning we don’t have that luxury of having huge blogs and huge YouTube channels and huge Instagram followings. So what we have to do is basically run as much advertising as we can while our content grows, and then one day you will be the content king or queen and leads are just flooding in because of all the content you created.

Just let your newbies on your team create advertising and have them spend their money to get the ball rolling because MLM is like a snowball in the beginning, you’re going to have to put a lot of effort into it to get that snowball big but once it gets big enough, it starts rolling down the hill without you pushing it and that’s the same with network marketing teams.

You’re going to use all your jet fuel in the first two years to get that big snowball going, and then it starts rolling on its own. That’s where you can literally be on the beach making beach money like Jordan Adler talks about. I mean, he makes $20,000 a week, whether he works one hour or 10 hours a week, because his team is so big that it’s just growing without him.

And that’s where you want to be. That’s the sweet spot in network marketing that might take two to five years to get there, but it’s well worth it. I mean there’s no other opportunity like this where you can put your advertising and content into it for two to five years and then you’re making six to seven figures a year, there’s nothing else like it.

I know it’s worth every penny that I’ve put into it and it’s a tax write off if you work from home at least 50% of the time. I believe that you can write off everything that’s business related like last year I wrote off all my blog writing, all my blog writers, because it’s business related and I wrote off all my advertising, and I cut my taxes by 60%.

So I would rather build a huge network marketing business, than to pay the MAN. All of my money in taxes, I mean it just makes sense so swallow your pride and get some courage and spend as much money as you can, getting your business going because in three to five years you’re gonna thank yourself that you did, because you will be making more money than you ever have in your life, and it will change your life forever.

You’ll then be doing things you never thought you would like taking five vacations a year, and not even, you know, working two hours a day, like I do, I mean I literally I create content and then I take the rest of the day off. I go garden, I go for a jog. My life is amazing and just five years ago I was working 14 hours a day flipping burgers, with a sore back sore knees, getting burned, getting cut, getting grease all over my clothes, and it was horrible.

So network marketing is worth the investment. If you look at any other small business out there you have to invest hundreds of thousands of dollars to get it off the ground. Then you’re just a sitting duck. You know, if you have a brick and mortar you’re just sitting there with the open sign, you know, peeking out the window going where’s the customers? I hope they come, and that’s very scary because you have thousands of dollars riding on your small business, and a lot of them go bust in three years.

With network marketing you’re investing $100 a month on your product to be a distributor, I mean come on, 100 a month. There’s no other business like it. There’s no risk, you know, if you don’t like it you just simply cancel your auto ship and you’re out. You can’t do that with a brick and mortar I mean you’re stuck, you’re screwed. You’re 20,000 $50,000 in debt. You’ve only had three customers in the last two days, and you’re like what am I going to do? And that happens every day in America.

So if you’re not in network marketing right now click the link below. Check out my business, and we’ll get you going really fast, and you’ll finally have success in network marketing. No more lies. No more hype. No more pyramid scheme type, you know mentality This is legit. And I’m living proof so love you guys like and subscribe. 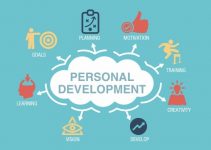