You can do what they say, or you can ignore them. You can quit, you can rejoin another company, you can jump companies, you can do whatever you want. The problem is, is that’s the problem. Network Marketing is a 200 billion a year industry. It is a real profession, but anyone can join. That’s why it has a bad name. That’s why people are like, oh, MLM.

You know, my dad, he got tricked into going into a MLM meeting. You know, he was pissed off. He’s like, I can’t believe these guys work this way. They had to lie to me to get me to a home meeting. You hear the tragic stories, you know, where people have to buy thousands of dollars worth of product to not only be a good member, but to rank advance in the company.

So there’s a lot of shady things back in the day, but a lot has changed. And network marketing has cleaned up its act. It’s not a pyramid. It’s not a scheme. You do have to build a business, you do have to recruit your own people. You do have to motivate and inspire people that come in, and you should teach them how to generate their own leads and grow their own businesses.

But a lot of people don’t know what to do, because there is no formal training involved. There’s no requirement and it’s a very empowering industry. It’s a very empowering business model. I wouldn’t do anything else if my life depended on it. I’ve tried everything. I’ve tried so many different things out there, and it’s incredibly hard. You need thousands or millions of followers to support whatever you do. You need tons of traffic to your offers.

I tried affiliate marketing, I tried being an Ebook writer, I tried being a musician, and I failed in all of those things, because it’s very competitive. So when you start network marketing, you might have this idea that you can do it because you saw someone else make a million dollars in it, you’re like, Oh, it’s a pyramid.

I’m gonna just sign up and get rich because it’s a scheme, you know, that’s what they say it is. You just join at the top and then you make money off of millions of people under you when you sign up. People have no idea what network marketing is. They think it’s a lottery ticket. It’s a real business like everything else.

Most people would rather go to college for eight years, and get $150,000 in debt and not get paid during the whole time you’re in college, and then be 150,000 in debt when you get out to then start your profession. How many people have done that crap?

So, don’t give me this crap that it’s not a real profession. There were no handouts when I started network marketing. I did join in the very beginning, and I wasn’t at the top making millions of dollars off of people I don’t know. Because it’s not a scheme. It’s not a pyramid.

It might be shaped like a pyramid, but so is every other Corporation. The CEO is at the top, then managers, then assistant managers, then the workers. If you look at it, it’s a frickin pyramid. Okay. So if you join network marketing, and you think that it’s just a lottery ticket scheme, then you’re going to be rudely awakened, and that’s why 90% will be gone in five years. 50% will be gone in a year or less.

Probably more like three months, 50% of the people that join you will be gone. Because they don’t have any realistic expectations. They think it’s a lottery ticket. They’re like, yeah, I’ll try this thing out. Yeah, you know, I guess my uncle did network marketing 20 years ago. If I get him in, maybe I’ll make a million bucks with him under me.

That’s why 90% of people on this planet are losers, because they’re like, Oh, yeah, I know I should do that. It’s like, get up and do it. If you really want success. Get up and start, go for a walk. Start there, lose some weight. And then start reading and watching training videos. Learn about your profession, learn about how to diet, learn how to meditate. What’s stopping you? Fear, rejection?

Network Marketing is a million dollar business. There’s leaders that make over 100,000 a month, 200,000 a month, 500,000 a month. They did that because they inspired people, and they built an organization that is ethical. In fact, it’s your moral obligation to help others succeed.

But you can’t do that when you’re sitting on the couch eating crap and watching TV. It’s lonely at the top, and it’s lonely being an entrepreneur. But you watch Gary Vee and Grant Cardone and you’re like, Wow. What makes them tick? Why are they so different? How come they’re so successful? You didn’t see the blood, sweat and tears behind the scenes for 10 to 15 to 20 years.

Gary Vee, he did 1000 videos just for his dad’s wine company. No one saw that. No one saw Gary Vee working on the weekends in his early 20s when his friends were out partying. No one saw Grant Cardone doing thousands of YouTube videos in the early days, and going to meetings and speaking and then eventually writing ebooks – all home alone writing ebooks, on the weekend, when your old buddies are out partying, you gotta want this.

More so than ever because it’s an equal playing field. It’s called the internet. And you can start playing right now and start creating videos like this. Start making a name for yourself. All you gotta do is do it every single day. It’s competitive because of the internet.

You gotta get your expectations in order and you gotta get your priorities in order. What do you want out of life? Don’t just be another statistic. Don’t die early, because of how you ate. I already have escaped death many times. I’m surprised I’m still here. So I’m going to share my story and hopefully inspire someone and I’m going to do this every day until I make it – until I inspire enough people.

Money is the byproduct of helping many people. That shouldn’t be your main focus. Most people when they start YouTube, they’re like, Oh, I want to make money with this. So buy my product, It cures cancer. You know, they do all this stupid stuff. Anyone can see through that. You gotta be more authentic than that. Social media judges you, they’ll see right through your B.s., you have to be more authentic than ever.

In fact, your first video you should just pour your heart out. You know, start with a bang. Talk about all the crap that you’ve done. Then at the end of the video, say, you know, watch my journey because I’m not doing that crap anymore. Enjoy the ride because I am transforming myself.

One day at a time I will eventually become a leader. I will be an online entrepreneur. I will be a digital nomad. I’ll be a social media influencer. I’ll be shredded. My life will be in order. Physically, mentally, financially, spiritually, you gotta cover all the bases. It’s not about just finances, like all the unhappy millionaires.

You gotta meditate. Gotta connect with a higher power. Because life is too crazy not to believe in a higher power. You really think that we’re gonna just die and go into the dirt? That’s it? I don’t think so. I’ve had too many miracles. Too many weird things happen to believe that it’s just oh yeah, that’s just a natural phenomenon that happens when your brain is dying that you see heaven because your brain is releasing chemicals there actually isn’t heaven.

These scientists are b.s. atheists, they’re just hurt because their daddy spanked them. They’re hurt because their girlfriends thought they were weird and dumped their ass. That’s why they’re atheist. They didn’t get love. They’re weenies hiding behind logic and scientific data that’s not even current. Yeah, I use Freud when you have nothing else to go on.

So guys, you gotta want it. Every single day, you know, I’ve been watching a lot of entrepreneurs on YouTube, and every one of them has one thing in common, insane work ethic. That’s it. Yeah, I’m gonna do a video every day, I’m going to do a blog post every day.

I don’t care if I don’t have any followers. I don’t care if I only get two comments. I don’t care if my blogs might not even be seen. I’m going to do it because I’ve done it before. I’ve had success online because of my work ethic. Because I showed up every day. I had 800 articles on my old blog. Then I started another one and I already have 216 articles on that blog. I have over 600 videos. And that’s after deleting about 300 videos that I didn’t like.

So If you have an insane work ethic, you are inevitably going to be everywhere on the internet and eventually something’s gonna pop. You’re gonna hit critical mass, and your blog is gonna take off, YouTube’s gonna take off, and tons of people are going to discover you. You will have exponential growth.

And you’ll be so successful so fast that you’re gonna be like, wow, what just happened? Everyone knows about me now. And it’s gonna be a wild ride, but it takes years of hustle behind the scenes, blood, sweat and tears. You gotta stay motivated. There’s gonna be days that you don’t want to do it.

But I am so excited today. I’m almost down to 169 pounds. I was 210 pounds just six months ago. I’m not even trying anymore. It’s just coming off of me, I’m shredding the weight. I’m writing. I’m doing videos every morning. And you start to see all the good stuff that you put into your life. Because you’re designing it differently.

You’re not just watching the sheeple by default. You’re not doing what the sheeple are doing anymore. And it’s hard in the beginning, because entrepreneurship is lonely. But eventually, everyone will know you if that’s what you want.

I want something bright and flashy. I want to jump from company to company because I think it’s like a lottery ticket and if I just joined the right company, or joined under the right sponsor, my whole life is gonna change. They’re all lies, their lies of mediocrity. Stop telling that crap to yourself. It’s frickin hard every single day.

You have a choice to grind and have an amazing life in five to 10 years. Or you’re gonna die and be like, you know, I didn’t do anything. I didn’t do anything with my life. I watched 285 cheers reruns and 522 cops reruns and 4285 episodes of Seinfeld. You can tell God that and that’s pathetic. I love you and I wish you the best in business and life. 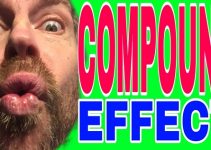 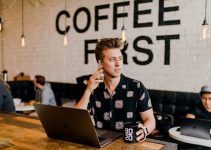