The only way to survive MLM is to go international. MLMers must go global and scale up. Now, when I started network marketing in 2014, it was very hard for me. I wasn’t going to make it on Facebook and LinkedIn alone. And a lot of people are going to fail that are using Facebook because what happens is that they tap out with their friends and family, you know, they use all their friends and family.

They can grow really fast, they can bring in, if they are extroverted, they could have hundreds of friends on Facebook that are all very loving and supportive, maybe old friends from high school or college or whatever. And you can grow really fast in network marketing just by recruiting your friends and family off of Facebook, even in 2023.

So the true network marketing leader is someone who taps into the cold market. And they evolve. They’re constantly evolving, and they’re opening up new countries.

So, what was really exciting about my business is 2014. I struggled because I was an introvert. I didn’t have a lot of friends. I didn’t want to use Facebook. I got thrown into Facebook Jail like 10 times in two years. I was like, you know, screw Facebook. I don’t want people prying into my business. Every time I went into Facebook, some chat box would pop open. Someone I didn’t know would be like, Hey, how’s it going? And I knew that they were just trying to pitch me on something and it just felt gross.

And so I was like, I don’t know what to do. So I just started blogging, and doing YouTube videos. And then all of a sudden, people started coming to me. And that’s called attraction marketing, you’re attracting prospects to you. And so I never got used to, you know, pushing my opportunity on people and being sneaky and beating around the bush on Facebook, or whatever.

So, around 2015 a year into my business, something beautiful happened. I attracted a leader in Nigeria through one of my articles, and I didn’t know this guy at all, and he just joined up. You know, the autoresponder (the company gives us) helped me recruit him. He got a series of emails from the company and which are very powerful, still works today.

And they’re literally building their team while I’m sleeping. Because it was a different time zone and that was the most wonderful feeling I’ve ever had. And so after that, I got a team from Myanmar, which is basically an Asian country. I think it was formerly called Burma. But it is by India, but it is more Asian. It is kind of like, kind of by Mongolia and stuff. So I got a team in from Myanmar and they started growing and I didn’t even know them. They didn’t even contact me. And then lastly, I got a leader from the Philippines. And he brought in like, they all brought in like 100 people in two months.

And so here’s the thing is that most of the best MLM companies of 2023 are smart enough to understand that they tap out America and they have to keep expanding. So naturally what they do is they open up new countries. And so as a network marketer, you should be copying the company. If your company is opening up new countries, what I would do is I would start doing content about those countries.

Let’s say for instance, your company opens up Belgium. What you could do is you could start creating content and start dropping the name Belgium in your titles, you know, if you’re doing YouTube, say something like, what is the best MLM in Belgium or 10 best MLM companies in Belgium and review others companies so you don’t look biased, like a countdown list, you know, here’s five best MLM companies in Belgium. And number one will be your company. And then at the end of your review, you just say, click the link under this video or under this blog article, whatever, to take a free tour into my business.

That is how I started blogging and doing YouTube videos. Six years ago, you have to have a call to action. You have to tell your audience what to do. And it has to be a very visible link or a button or an image. And you want them to take a free tour into your business because if you’re in a business like mine, we have an automated email system that helps you recruit.

So the more leads you generate, the more signups you’ll eventually get. And that’s how I’ve run my business for the last six years. I’ve never been on stage recruiting. I don’t think i’ve recruited one person from Facebook. I’ve recruited people that come and find me, they find me on youtube, they find me on my blog. Content takes time though it takes six months to a year before your titles even show up on Google. I do recommend you do everything that works.

Learn how to prospect on LinkedIn, learn how to prospect on Facebook and Pinterest, start doing YouTube and start dropping country names and top tier titles if you want to open up that country because the big MLM companies like Herbalife and Amway, Amway is declining in America, all those big companies are declining in America and they understand that.

Here is the thing with Asia, Asian workers I mean, and I’m not trying to discriminate. And and I don’t have a ton of experience with Asians, but they come in really fast and they grow big. But you have to keep them excited and motivated or they will leave in a couple months. The average sales per distributor in Asia is very low like $100 meaning that they generate maybe one or two sales in their business.

Whereas, on the other hand, Germany, their average sales per distributor is like $10,000. Meaning if you can get a German in, they are going stay in for the long haul. And that’s what you want. You want people that are solid and you want them to stay in for a very long time. It might take five to 10 years for you to find the right leaders.

Don’t worry about people leaving your business because that’s normal. You might churn through a lot of people to find a couple leaders. But MLM pays so well you only need a couple leaders. If you’re in a binary MLM you have a left leg and a right leg you got to build. Once you get one leg built or building and taking off on its own, you literally only have one more leg to build. And then that can bring in residual passive income month after month for literally the rest of your life. That’s how the leaders do it. They don’t jump around every year.

They don’t have the shiny object syndrome, where you see a brand new MLM and they’re like, oh, maybe I’ll try that. No, they stick around for 5 or 10 years, they know that there’s gonna be a lot of attrition. They know that a lot of people are gonna quit. What they do is they keep recruiting, and they work with their leaders, okay?

You don’t work with everyone. If they’re not doing anything you work with the people who are taking action. If you give them a homework assignment don’t go back and help them more if they haven’t done the first assignment. They have to prove themselves. Okay, of course you want to get everyone started. You can work with everyone closely for the first month, but if they’re not doing anything, the second month they haven’t done your assignments, work with the people who are working. Okay? It’s a general rule.

So leaders understand that and they rebuild, they rebuild, they keep recruiting, they keep working with their leaders. They spend less time on the people who are whining and not doing anything, they concentrate on the leaders, they keep growing and growing and growing, it could take five to 10 years. But isn’t that still better than working 40 years at a job, 30 years, even 20 years. I don’t want to be working when I’m 70. Not labor, you know, breaking my back somewhere.

I want to be at least doing videos, blogging, and helping my team and having a steady residual income check. There’s going to be really long periods where you’re like, I don’t know what’s going on. And leaders understand that, someone like Matt Morris, he’s huge in WorldVentures, has like a million reps under him. And he said that there’s not only dry months, dry seasons, but there’s dry years as an entrepreneur. There might be a dry year or two where you’re just like, I don’t know, I’m ready to call it quits. But don’t call it quits. Because after a year or two, I don’t care what company you’re in, you’re gonna have a new growth wave, you’re gonna have a new wave of people coming in, because maybe one of your content, or maybe one of your articles ranked in Google finally. And you start getting all these leads out of nowhere. That’s happened to me a few times. I’m like, you know, nothing is happening for like, half a year. And then bam, all of a sudden I start getting 10 to 20 leads a day  I don’t know where it’s coming from.

So the people that win, stay in, okay. I don’t care if you’re not making any money. If you stay in you will be a winner. Because eventually something’s gonna take off. It could be someone seven levels down on your team who is dormant for two years and then all of a sudden, they’re like, I want to take off with this. Maybe they got fired, maybe they got divorced and they’re like, I’m gonna take off with this. And they were dormant for two years.

You wrote them off as someone not doing anything. You walk away, you’re not talking to them. And all of a sudden, you look at your downline, and you’re like, Who is this guy? Oh, man. Yeah, he signed up like two years ago. He just recruited three new people. It happens all the time. People also quit and come back. They might go, they might quit and then six months later, they’re like, I really want to join again.

So, the winner stays in, doesn’t even matter as long as you’re breaking even. And even if, even if you’re not breaking even what you know what, $69 a month. You know, you spend that on lattes and stupid stuff. So, winners stay in. Someone will take off, keep recruiting, start creating content, that content will take off in a couple years, whatever.

You have plenty of time to watch it grow. That is it guys – go international with the top MLM companies for 2023. They’re exciting people to work with. They love MLM more than Americans. Because they’re hungry. They want to change. They want money. I mean, they would, they would walk across a desert with no water to enter this beautiful country.

And here we are watching TV and eating crap and getting big. And we are bored. Generally, as Americans, we are bored or we are pissed off or we are on anxiety medicine, and there a immigrants, nearly dying just to get their feet on our land and work an honest job. And they will do your job for you. They will do MLM better than anyone else because they want it more. So tap into the international markets and watch your team explode. 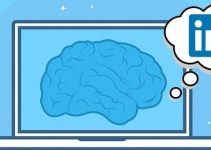 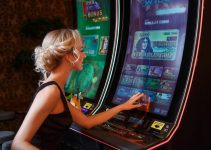 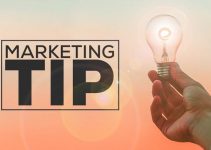