Something happened to my business that was really incredible. I had been struggling for a long time in network marketing for about two and a half years. And one day I decided to look down my downline at the genealogy, I was just cruising through all the members and a lot of them had quit, you know, but their boxes were still saying that they’re active or at least the box was yellow, but I knew they’re gone.

I was like yeah right, they’re not active anymore and I kept cruising down my downline until I got to a man that had joined me six months prior, and he was very nice, and I noticed that he was generating massive leads. I wasn’t really any more, I had exhausted my marketing at that point.

He was getting upgrades and all of his upgrades were generating their own leads, so it was a beautiful tree, there were leads going every which way down his genealogy. So I was like, I got to reach out to this guy, you know, even though he’d been in for six months we never really talked.

He is just very courteous, always saying Thank you, Erik. So I was just like, Hey what are you doing to generate all these leads? And he showed me, he’s like oh I do this, and it was so simple, and I just couldn’t believe that it worked.

So I started implementing it, and I started generating a lot of leads and signups and I was like this is amazing, so I asked him again, I was like can I share this with my downline. He’s like, sure, because the whole tip, the whole technique, the main technique in network marketing is to get duplication on your team.

That is where the real money lies is getting people all generating their own leads, their own signups and everyone would be happy, it would just be a full tree, it would be going left and right – you’d see this full nice tree, instead of this tree that just has one long branch and then these little stubby branches over here.

Do you want a nice full tree? Now if you go to your genealogy you’ll see what I mean you scroll down a few levels and you can see that, you know, not many people are doing anything but if you scroll down long enough you’ll see someone that’s blowing up both legs, if you’re in a binary like me.

So, I started sharing it with everyone who signed up with me in my welcome letter, because you should basically send a welcome letter to all your new reps with very simple instructions – you want to keep it super simple.

I always say to share your number one lead generation technique, because you want your people to hit the ground running and get their own signups as soon as possible because that will greatly reduce your chance of them quitting.

Everyone’s happy when they start getting paid, even if it’s a $20 Commission. They have way greater likelihood of staying in than someone that just can’t get leads and can’t get signups.

So from then on, I’ve been sharing that technique with everyone who joins my business and my business in one year has quadrupled. So it really does only take one lead generation technique to just blow it up – and keep it very simple for your team so they can start generating their own leads, because it’s all about duplication in network marketing, you want to build up your team.

It’s not about you – it’s not a one man show like I used to think it was, you know, when I first started in 2014 it was just me, and it’ll just be you in the beginning until you start building a team.

You want to generate leads and constantly keep recruiting, and eventually you’ll start getting a team that sticks around longer and longer, and then pretty soon you’ll see some people on your team that are duplicating, and that is where the true beauty lies. It’s not what you do, it’s what your team does.

When I first started network marketing it was just me and I was like oh yeah I can recruit 20 people a month. But if you asked me if any of them are bringing in their own people I’d be like, Well, not really. I had one guy that brought in one person.

You know that’s not duplication, and my commissions were just dependent on what I did, and if I didn’t work, if I didn’t generate leads I didn’t make any money.

So when you start building a team, the first sign of success is when they start recruiting their own people. And the more levels you go down. If you look at your rank tab if you’re in my business we got a rank tab you can see who’s building – who’s recruiting by their business volume.

You can eventually start seeing maybe you know two to three people at the very top, that are building, and that’s all you need to start really getting a lot of significant income, three to five rock stars that’s, that’s what I tell everyone in these videos you probably are sick of hearing it.

But it’s true: three to five rock stars on your team, who are consistently recruiting and building will get you serious income, but you gotta show them your number one lead generation technique – you want everyone generating leads.

And you know what, some people aren’t gonna do anything, and that’s normal. It’s not your fault. Don’t take it personally. Just keep sending out that welcome letter when you get a new paid affiliate or a new Rep. Just set them on their own, and if they ask questions go ahead and obviously answer their questions but you want them to start implementing what you give them.

You don’t want to keep emailing them and hounding them. You want them to look at that welcome letter and implement it – and some people will, some people won’t. That’s great. That’s the name of the game. 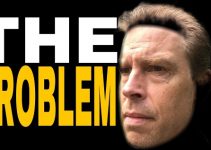 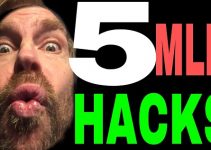