I wasn’t going to do an article today, but leaders show up and it’s equity in my business. It allows me to be seen by people that might need to hear my message. So I need to humble myself and do this article even though I don’t really want to. It’s Saturday, it’s sunny, I could go out and mow the lawn. I could go do chores.

But I want to show up, because I hopefully can inspire someone who is hesitant to grow their business online, and I want to give you some tips on how to do that and how to recruit people that you don’t know. I’m mainly inspired to do this article because I was watching a fellow YouTuber. a younger guy, he’s probably 20 years younger than me, and he’s struggling right now trying to be celibate, and stay away from girls.

He’s been doing videos about being celibate but last night he had a relapse and he was beating himself up. But then he was kind of trying to justify it, saying that he was going to pick up the pieces and start over, and that he was more humble now, and it was a great lesson.

We’ve all had great lessons in our life, and they usually come in the form of a problem or a hurdle. And I’ve had many, many hurdles in network marketing, in internet marketing, and with blogging. I’ve been blocked, I’ve been kicked out of social media platforms. I’ve had my blog crash, etc, etc. I’ve had people quit my business with no explanation, and it’s just part of the terrain of becoming a leader in network marketing.

But the way that you can recruit people that you don’t know is to show up and create content. I say this a lot in my articles, that creating content is going to attract people that don’t know you, they will start to know you.

So back to this video – this guy was feeling really bad about doing it, but he was like, I’m gonna be real with you guys because you guys follow me. So let’s just propose that you get 100 people in your tribe, your tribe are people that watch you every day or whenever they can. And they really start to feel like they know you and video is great at getting people to know you because they can really sense you. They can see all of your mannerisms, your behaviors, and your underlying personalities.

But when I started network marketing in 2014, I followed a couple people on YouTube, these MLM trainers, and I really felt like I knew them, even though they didn’t know who I was. I was just watching so much of their content that I was like, wow, you know, Ray Higdon is like a brother to me, and he didn’t even know me, or Todd Falcone or Eric Worre.

So, if you create a tribe of just 100 people that just follow everything you do, you can literally just retire, you could literally work from home full time. It doesn’t take a lot of people to grow a very nice income in network marketing. In fact, most leaders will tell you that only three to five people are making 80% of their income; after recruiting hundreds of people, only two to three people are their biggest leaders. They’re the ones that really have run with it.

The overhead for me is advertising. But I could just do free articles and videos like this, and keep collecting contacts, people that are like, wow, I really like EriK. He’s honest. He’s transparent. I’m gonna follow Him. I get new subscribers every day. And it takes time. But eventually, when you get 100 people following you and liking everything you do, they will probably join you. Maybe not right away, they could be watching you a year from now and finally go, you know, i’m kind of tired of this company I’m in. I really want to join Erik because he’s just so transparent and vulnerable and real.

In fact, what you should do is start revealing your true colors. Start revealing your personality. If you’re having a bad day, talk about it. Form that tribe of 100 people. So that allows me to attract people that don’t know me, because YouTube will eventually start putting my videos up in the suggested list for people to watch that have never seen me before.

If you do enough content, it could be a blog, it could be long Facebook posts, you put some hashtags in your Facebook post, you will attract people that haven’t followed you. hashtags are amazing on social media. You know, you could write a long post and then do a hashtag MLM hashtag home business hashtag network marketing, hashtag direct sales, hashtag opportunity.

If you’re doing blogging, you know, do a 1000 word article. You could even transcribe your videos and put them into a blog post then you kill two birds with one stone. That’s what I do now. I do a video like this. I transcribe it, and I put it on my blog. And it’s like 2000 words, and then I plop the video in the middle of the article. So if I get people that don’t want to read, they can watch the video. Some people like to read, some people like to watch the video, so they can do both on my blog, and it attracts people around the clock.

But they are tapping into an unlimited market of strangers, because most people fail network marketing because they talk to their friends on Facebook. Their friends are turned off because that person is just gonna come out of nowhere, maybe they haven’t talked to each other for 10 years. And that person in the MLM company is just kind of beating around the bush waiting to jump, or lunge at that person, that old friend and go, Hey, you know what? I’m in this new business now. I think you’d be great at it.

And for me, that’s kind of it’s just spammy. It’s pushy, because you don’t really want to connect with your old friend. You want to just share your opportunity, your business. And I’ve never been good at that. I’ve never really pushed my opportunity on people. the first couple years I did, but it was more of an automated message on Twitter.

Now, people come to me by attraction marketing, I’m attracting people to me, they find me on Google. They like my content, and then they subscribe. And that’s it. 90- 99% of my business has come from the cold market. I don’t even think I have any friends in my business. These people all didn’t know me when they signed up, they found an article, they found a video, they found an ad of mine.

So if you want to attract the cold market, you have to create content, which is going to take six months to a year to show up in Google. If it’s good. It might not even show up on the first page ever. Or you got to run paid advertising. But the people that will sign up the quickest are people that feel like they know and trust you. Because like I said in the beginning, it’s a people’s business. People join people that they like and trust.

Videos are a great way to establish that trust. And so this guy that I was watching, he was hard on himself, but he was being honest. And he said, I’m gonna pick up the pieces and start over. And this has been a great humbling lesson. Then all of a sudden, he was doing a live stream and so there was a chat box over to the right, where you can donate. And all of a sudden he started getting donations. And he almost started crying. He was like, I can’t believe you guys. You guys understand me. You pulled through. Thank you so much.

I almost started crying because I could tell he was really hard on himself. He had bags under his eyes. He couldn’t sleep. He was so hard on himself because he’s trying to be celibate. And that’s insanely hard when you’re 25 years old, and he got all those hormones, all those young girls and he was like, thanks guys. One guy donated 100 pounds, which is like $150 in US currency and he was like, thank you so much.

It was only like four people that donated and he has like 20,000 subscribers, but it only takes a small percentage of people on your team to make you significant income, two to three leaders, maybe 100 people in your tribe that really get you and you’re set for life. You could promote anything to them and they would probably sign up because they know, like and trust you.

So that is how you attract people that you don’t know in your business. And you have to break into the cold market if you’re serious about this business and want to do it for the rest of your life. Because friends and family only last so long. Many of your friends and family have no idea what network marketing is. They’re in it for the products because they see that you’re happy with the products so they’re like well, I trust you, you’re my friend. So I will sign up to you. But they have no clue how network marketing works. Products come and go. People can find it cheaper on eBay. What you want to do is you want to find a tribe of people that like your style. And it’s not even really about the products, I lead with the business opportunity.

So I lead with the automation that our company has, you know, if you generate leads, our company is going to email those leads for you. It’s a built in sales funnel. So most of my videos are about how to work one hour a day, how to automate a MLM business, because that’s what excites me about this company is the automation.

And that’s how I can get a lot of people in my business that don’t know me. I create content and then I put my link under the content, a landing page. The prospect fills out that form, takes a free tour, starts getting emails from our company and I get signups. I don’t even talk to 90% of them because the emails are very enticing and they urge them to sign up. And around Wednesday and Thursday I get signups so that’s it guys.

Build a tribe of 100 people in your MLM company and I’m not talking just followers. You might have to have 10,000 subscribers to have 50 people that are completely devoted to you. This guy I was watching, what I said before, he’s got like 25,000 subscribers, but only 100 probably 200 to 1000 people watch all of his videos. And out of that, probably 50 are just devoted fans that would do anything. But like I said, it only takes three to five in network marketing to make you life changing income for the rest of your life – three to five true leaders.

And they’re probably not your friends and family. They’re probably people that don’t even live in the same country as you. So create content if you’re serious about this business, that’s a great way to attract people you don’t know. And same with paid advertising. So thanks for watching guys. I hope this helps hit that subscribe button. I will talk to you soon. 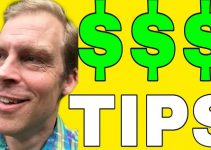 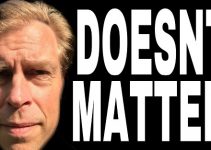