Morning guys. So I just finished this documentary series called The Russians on YouTube. The second to the last video was about older people in retirement. This is in Russia, obviously. And they’re called pensioners in Russia. So they work for 30 to 40 years at the same place. Then they get a small pension to live on.

Another example of a pension, which is kind of dying in America, the government’s trying to get rid of it. Another example: my ex-girlfriend’s dad worked for a concrete company. He was one of the drivers of the cement trucks. And he was part of the Teamsters union. And he did that for 30 years. He retired Very young, he was like 52. And I found out how much he made on his pension. And it was like $3,000 a month for the rest of his life. And Teamsters is one of the best unions.

So I was really blown away. I was like, wow, $3,000 a month for the rest of his life. And you know, he worked 30 years for that company. Maybe more. He started when he was 18, so 18 to 50. So yeah, like 32 years, something like that. So I want to talk about MLM income. Because it kind of feels like a pension in a way. And here’s what is beautiful about MLM pension. I’ll call it MLM pension.

I created a few grand that I get every single month now in about three and a half years. So 10 times less the time that it took my ex girlfriend’s dad to get the pension. I got it in three and a half years with network marketing. And it pays me whether I work a lot or a little because I have an organization of people that are building their own businesses under me. That’s how the big leaders make a lot of money every month – they build an organ organization of 5 to 20,000 people who are at least ordering products and some are building it.

Not everyone’s going to build a business under you. But the Statistics in network marketing point towards 20% of your team will create 80% of your income. So the good news is you don’t need a lot of people to be recruiting under you to make significant income.

Now I’ll tell you a few key facets of how I got pension money so fast. One is commissions. I get at least 50% Commission’s that’s just on first time orders. So if someone buys a 200 bV package, I get $100 and that’s paid weekly. There’s no way I would be working from home with anything less than 50% commissions. You know, and a lot of those old school companies only pay 20% Commission’s if that.

So the last thing I want to talk about is that we only have two legs to build in this business because it’s a binary. So you have a left leg and a right leg. And one of those legs is called a power leg. So you’re getting help from your team above. They’re putting people down with Power legs. So when you get someone on your left, and someone on your right, that you personally recruit, if that person on the power leg takes off, you can basically just build your small leg, which they call the pay leg in network marketing.

So whenever you build up that pay leg and match it with your power leg volume, you’ll get a cycle, which will pay you – that’s where the residual income comes from. So I won’t get in to too many details with the compensation plan. But the bottom line is that I created a 30 year pension income in three years, probably two and a half years, when it started taking off.

And it’s been life changing but it’s not all fun and games. Because working from home, you get pretty lonely. And you have to stay disciplined. So I create, I try to create content every day. Because, if I had a job, I would have to go to a job every day for at least nine hours, and people today they’re stuck in traffic for two hours. So you’re looking at 11 hours. Just going to your job and coming home.

Most people are rushing home so they can make dinner. So I create content every day. I treat it like a job. I’m my own boss, and I can create what I want. I can talk about what I want. But if you’re going to do this in the long term, you should start creating content because every piece of content you create can potentially generate leads. And my rule of thumb is generate 20 leads a day or more consistently without breaking the bank.

Ideally, with content, you’ll be set. You get one person or a couple people in your power leg, switch your rotator over to the small leg and build that out. And sit back, get that pension and create a life that you want. You know, I could be pessimistic and I could really get down on myself and depressed. If I think about the lockdown and how they’re trying to keep us separated with this social distancing. I could say that my life sucks.

Or I can look on the bright side and say that, you know, I’m not scrambling for money like a lot of people. You know, there’s no way I can get unemployment. I work from home. And we’re still waiting for the stimulus checks. So if I didn’t have this home business, we would literally be sleeping in our car. You know, my wife’s not working. So it really has been a lifesaver.

So yeah, pension income and MLM. You don’t hear that word often anymore because, like I said, it’s becoming obsolete. People don’t work for 30 years anymore at the same job but what’s funny is on one of those documentaries the the second to the last one, the old people one, not the dead one. The fourth video is about the dead, people dying. The third one is the old people that are on pensions. Check it out. It’s really a very well done documentary called the Russians. But they spotlighted a few pensioners and you know, they’re in their 70s.

There’s this one funny old man who loves fashion and he was kind of feminine. And he didn’t really have any hair left but he just danced for the camera and he did these outfits. You ‘d run back in the house and grab another outfit and come out and dance. He played accordion. He was just having a ball. He was having a blast. And that’s because he was optimistic he created a life that was fun in retirement. There’s also people that think everyone’s out to get them and they’re depressed and they have diseases and they’re overweight. They’re just bitter. So don’t let bitterness get you down.

I have a lot of bitterness actually. Just from my alcoholic days. You know, it seems like alcoholics have a lot of bitterness, unforgiveness. They hate themselves for getting drunk and then they hate other people for having happiness. The first girl that I dated. She was 20 years older than me. And as a 20 year old that was, you know, I thought I was just so badass for dating this older woman, and she taught me a lot.

She taught me about life. I was pretty sheltered. Growing up, I had a strict father. I had to go to bed really early. And when I met this girl, and I was 20, this woman, she turned me on to art. She turned me on to the Beat Generation writers, she taught me about fine wine and dining. She was a chef, and she’d bring home dinner every night for me. I was pretty much spoiled.

But I started drinking very heavily. And she was bitter. She wore black leather. She wasn’t a biker. She was more like a goth chick. And she had tattoos. Back then tattoos were very rare on women. This was in the 80s, early 90s. At least it wasn’t as mainstream as it is now. But we used to just look at people out the window, and point and laugh. And she would say things like, look at that moron. And she just thought she was so above everyone else. But she drank. And she was a rocker. And she didn’t like normal people. people that were happy. People that went to church, people that had good energy. You know, she was dark.

So I learned that darkness and she made it look cool. And then I started drinking heavily and started hating myself. And I started getting paranoid around people and started getting social anxiety. I couldn’t hang out with people unless I had, you know, a bottle of wine first kind of thing. And then over the years it just marinated and festered but now I’m now catching it, and life is what you make it. Like this song I used to listen to by Mother Love Bone. The singer would say, life is what you make it and if you make it death well rest your soul. And there’s a lot of people that are digging their own coffins, so to speak.

And I don’t want that because I found Jesus. I found God. Probably the best high I’ve ever experienced in my life was the Holy Spirit coming into me while I was listening to a born again rocker – just bawled my eyes out for hours. And it felt like I was getting hugged by the Father. Unconditional Love, love 1000 times greater than the love we can experience on this planet. I know I’m rambling, but I want to get to know you guys.

I want you to get to know me. I don’t want to just hype up MLM like a commercial. Like so many leaders do that or just they seem like they’re on crack. unrealistic. I don’t want to be that way. I want to just be a normal person for you guys to show you that you can do it as well. I’m an introvert, ex alcoholic, 47 and I get a pension from MLM. So thanks for reading guys. Have a lovely rest of your day network marketers. 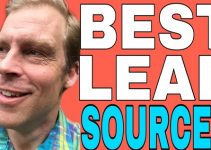