So I signed up a guy a couple days ago for my business, and he’s already generating leads with my system. He’s on fire. He’s doing what I said, very excited. He’s very impressed with the dashboard of the company, the landing pages, the autoresponder and he emailed back yesterday.

He was like, alright, so I’m generating leads, now what? What’s the follow up? And I wrote back, nothing. I said, just let the company email your leads. Now if the leads have a question, and it seems like a legitimate question, then email them or call them back.

You can contact your leads. I’m not saying ignore them. I’m just saying that the email system from our company is so powerful that the lead gets a series of emails from the company, urging them to upgrade their position from a free position to a paid position or at least the affiliate enrollment, which is free the first month and he couldn’t believe it.

You don’t have to do that with our business. There’s only a couple businesses like ours that already have the high definition landing pages where prospects can sign this form called a landing page to take a free tour into our business. They can watch the series of videos by our CEO, explaining everything from the compensation to the products to the company, and why they should join. I think it’s probably close to 40 minutes of videos in the free position dashboard.

So when a prospect takes a free tour, not only do they get a series of emails from the company right away, but they can look inside the dashboard, they can watch the videos, they can look at all the products, they can look at testimonials, they can see their genealogy tree and see that other pre enrollees are taking the same free tour to check out the business. It creates a lot of momentum, a lot of excitement.

So the more leads you generate, the more your prospects see that action. And then it also reflects in the emails that these leads get. If you generate 100 leads – 100 pre enrollees sign up on your form, all of those leads are going to get an email that says 99 other people took the free tour, you should pull the trigger and sign up. This is why you should sign up in this company. And you don’t get that in 95% of the other MLM companies out there.

You have to do all of the marketing yourself. You have to find your own leads. You can even buy leads in our dashboard. I recommend other lead sources, but that’s just me. You can use anything the company has, the company has everything done for you. From scripts, to landing pages, to excellent explanations of each product, landing pages in different languages, a Beginner’s Guide, how to actually start building your business. What you can say and what you can’t say. It’s all done. It’s all in the back office that you get – a temporary back office when you take a free tour and when you sign up as an affiliate it opens up to a full version dashboard. So you get more functionality, you get more tabs to operate your business.

So it’s a very exciting time for network marketing. It can be easier. Let’s just say that it’s still hard work. I’m not saying that the company does everything for you, you still have to generate leads, you still can call your leads, you can still email your leads if you want to. But the bottom line is if you don’t, the company does for you. And that’s how I’ve built 98% of my business online is that I’ve never bugged people, in the beginning I did, but eventually I just generated leads with my blog, my YouTube and then paid advertising and I generated 20 leads a day or more and I started to get signups and these people signed up without even talking to me, probably 90% of the 1400 people I’ve brought into this business have not contacted me.

We did form a relationship after they signed up. But we did not talk when they were pre-enrollees; when they were free tour takers and were looking around. They were getting dripped on by the emails. And they eventually pulled the trigger a week or two later. They say it takes seven to 15 times for someone to sign up. So with this series of emails from our company that happens because they get enough emails from the company that they finally say, Yes, I’m going to do this. I’m going to sign up.

But without those emails, you know, we would be on the phone 14 hours a day trying to convince people to sign up. And this is not a business of convincing. This is not a business of spamming your link all over the place and bugging people on social media. You don’t have to bug people anymore. All you have to do is generate leads.

Now in my first year in MLM I did unsolicited. I just plastered my link all over the place, praying that someone would sign up. Now people find me through my content. They search for mlm opportunity on Google on the search engines. They find an article or a video I did. And they find me and they take the free tour. Some of them ask questions, and I’m happy to answer and then they sign up. It’s that easy. I don’t do three way calls. I don’t do zoom meetings. And a lot of people are relieved that they don’t have to get on a zoom call with 20 other strangers or they have to get on a three way call and tag team a prospect two against one convincing them why they should join network marketing.

I believe that’s an old paradigm. I believe it’s gonna die. The three way call, because it uses bully tactics. It’s trying to convince a prospect to get in. It’s two people against one and I’ve never done that. I did one three way call out of the six years I’ve been in MLM. And that was because the prospects really wanted it. And it went well, it was easy. It was only like 10 minutes. But I really didn’t need to be on there. It started to be just after three minutes, it was just the prospect and the guy already saying yeah, you know, you should sign up. And I’m like, yeah, you should sign up. I was just echoing what the guy was saying to his buddy, you should sign up. It’s a good company. And I was just like, this is unnecessary.

So, the people that sign up in my business, they’re already ready to join a MLM business. I have articles that say, you know, new MLM opportunities in the title. So when they type in new MLM Opportunity into Google they find me – they’re already looking for a mlm business to get into. I’m not plastering my links on 1000 different Facebook MLM groups praying that someone clicks on it.

I’ve created enough content that they find me and the emails from our company, urging them to sign up helps, they’re already looking for a new opportunity. So they sign up. And then I send a welcome letter. I send them techniques on how to generate leads because this business is all about getting leads, getting views on your websites.

The person who generates the most leads wins, if you’re working with the cold market. Now, you can sign up and talk to your warm market first if you want to , friends and family, people on Facebook and some leaders urge you to do that, because it’s an easy market to start with. But I am a 100% cold market, I deal with people that don’t know me.

I teach my team how to generate leads in the cold market, people they don’t know. And that means they don’t have to bug friends and family. They don’t have to sit on Facebook all day and stalk people and shoot out random messages to people they don’t know, beating around the bush for five messages, and then finally saying, Would you like to look at my business? that sounds spammy, and I hated doing it. And I was thrown In Facebook Jail 10 times because I was following people that I didn’t know just to try to get them to look at my websites. And I was like, there has to be a better way.

So with the content marketing that I do, which is called attraction marketing as well, paired with the automated email system that our company has, it’s been a perfect match for us. And there’s people on my team just like me that just generate leads with their landing pages. And they’re getting sign ups we’re all getting sign ups because of the email system of the company. And some of our guys do reach out to their leads, it’s optional. And of course the company recommends you reach out – but the bottom line is the email system is powerful enough.

MLM does not have to be a convincing business – a pushy business, you want to pull prospects to you, not push your links on to people not really looking. There’s a fine line but it’s a big difference in your business. And it’s a big difference in feeling. I feel creepy when I push my links on to people. I feel creepy when I talk about the weather and hobbies but really the whole time I want to just pounce on them with my business opportunity.

And there’s millions of people on Facebook being taught to beat around the bush and then just share their links to these people that aren’t even looking. And that’s what’s giving MLM a bad name. That’s why MLM is declining in America because these leaders are telling their downline to go on Facebook, and just start spamming all of their old friends.

Our company doesn’t do that. The old school MLM companies are doing it – distributors randomly message other women on Facebook and say you know you would look lovely in our makeup – Would you like to be a brand ambassador and out of nowhere out of the blue to strangers on Facebook, you would be a great brand ambassador in our fortune 500 company. And you know, these people are like, what is this – is this MLM?

So I don’t like to do that. I want people that get MLM from the very beginning. I don’t want to educate people on what network marketing is. I want people that have experience. And once you understand MLM there’s no going back because you understand the power of residual income, of automating an online business. I can generate leads around the clock.

In fact, I woke up this morning. I had 15 leads from Africa, and from Asia, from paid advertising, or from my blog. I can generate leads 24/7 and then they’re getting emails from the company while I sleep. So I’m literally recruiting people internationally while I sleep. If you look at it that way, it’s very true. I didn’t do anything special, I just ran a couple ads and went to bed woke up and had 15 new leads. It’s really that easy.

What I care about is how people create supplemental income or life changing income so they can do what they really want with their time. That’s the main selling point. Would you like some extra income? Who would say no to that? Would you like to lose five pounds with our shake? That doesn’t sound as good. That’s just my opinion. I hope you liked this article, like and subscribe. If you’re not in MLM yet, check out what I’m doing in my other articles. 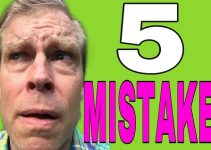 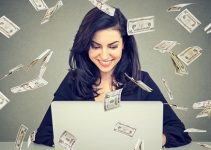 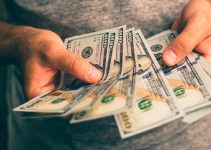