Home
Best Coffee MLM
Is Valentus the Best MLM Company or a Scam?

Today we’re going to review Valentus and is it the best MLM company? Or is it a big scam? So Valentus their products are typically about diet coffee, and other diet supplements. Now they’ve been in business since 2014. And we’re going to go over the company and what I think about it so a pretty nice website here got a good visual slider. You can see all the products are really nice and really nicely done.

Dave Jordan created an atmosphere, a very loving family atmosphere for all the distributors and reps with a very lucrative compensation plan and other tools, which I’ll get into in a second.

Valentus in three years in business has 32 million in annual sales. He and his wife basically started this together. His wife’s name is Joyce, you can see that the tremendous growth they had in the very beginning, they only did 100,000 in 2014, then a million in 2015. Then they jumped up to 3 million in 2016. And it just blew his mind and he was very excited if you actually looked at the sales.

You can kind of see that here in the revenue of Valentus 3 million in 2015. Then it spiked to 32 million in 2016 and this is when all the people jumped on the ground floor opportunity seekers and there was a lot of hype on the internet and everyone was like, you gotta get in. This is when there was a huge peak.

But then the ground floor opportunity seekers were like, okay, we’re done here. The grass is greener on the other side. Let’s go find something new so they bailed and it reflected in the revenue going down to 22 million, and then down to 17 million in 2018.

Next thing I want to talk about is the formulators in Valentus. There’s Dr. Joseph Aaron’s and then there’s Kevin Thomas, and I think I have a picture of Kevin right here. Kevin Thomas started alternative laboratories. He’s been formulating biotech stuff since 1979 and he’s joined forces with Dr. Joseph Ahrens, who works for a citrus company.

He works for a government branch of the citrus agricultural industry in Florida and they just launched a huge new 100,000 square foot facility in Fort Myers. They’re going to start formulating new products. Also Valentus acquired skinny body care, which was another large MLM company. So we talked about the growth and the expansion, and the products work.

And lastly, I want to talk about the automated recruiting system, and actually all the different countries that Valentus is in, I believe 180 countries, they are truly global. They’re exploding in Asia, in Africa, in the UK, and Northern Europe. A lot of Scandinavian countries love diet coffee because they’re used to spending good money on their coffee in Northern Europe. The Scandinavian countries love their coffee. So there’s a huge market. There’s over 180 countries.

So yeah, it’s huge. So moving on to the marketing system, they have a new marketing system that is going to have text alerts to all the leads that you generate. This is our landing page, this is going to be changed. So you can share this around the world. They can take a free tour, and then the company will email your leads for you. It’s a very powerful system.

This is how I’ve built all of my MLM businesses. I don’t join anything that doesn’t have an automated email system that helps me recruit. 98% of my business has come from these types of landing pages. So it does work. It’s very powerful. I don’t see this company slowing down.

In fact, I think there is a second wave like I showed with the revenue, I think Valentus is truly positioned to dominate I think that with the formulators creating new products every year, the new hundred thousand square foot facility in Fort Myers, Florida, and the leadership with Dave Jordan’s big heart and his wife Joyce I believe that Valentus is truly going to be one of the greatest and biggest MLM for 2022 and beyond. So thanks for reading guys take the free tour, click the link under this article. I will talk to you soon! 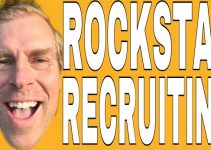 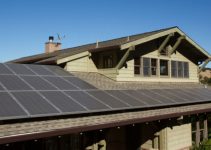