In this article I’m going to talk about is MLM worth it in 2022 and I’m going to give you some figures, and since I’ve been in MLM for over seven years and just left, I think I have some really good figures for you and what you need to do if you’re thinking about doing MLM.

So it’s a very hard business. I’m going to be very honest with you, my first year I only made $2500. And if you extract the products which cost about $150 for me to be at a certain rank, that’s the other problem is you have to buy more product to get a higher commission, afterwards I only made $700 that year net profit.

And if you divide that by 12 months that means I made $58 a month, every single month, my first year. This is back in 2014. I did not listen to my sponsor and how to build the business.

I didn’t want to bug friends and family. And a lot of people feel the same way, they’re like I don’t want to talk to my friends or family about it.

So I turned to Twitter to promote my business. I was following thousands of people every single day, and when they’d follow me back they would get an automated message that I set up talking about my MLM company.

I kind of used that hands off approach. But, there are extroverted people that are very people oriented and love people and they tend to do better in MLM because you do have to build a network of people.

You earn a commission from your team from every single person who recruits their own person, or buys a product, you get a little commission and it adds up to, ideally, a big residual income.

But in the beginning, it’s extremely hard to build a team. And a lot of people quit. The attrition rate in MLM is through the roof. I mean, we’re talking 80% of your team is gone within a year or two, even in the best MLM companies for 2021.

Since I was an introvert, I had to do it kind of hands off like I said I wasn’t on Facebook stalking people all day long, which a lot of MLMers do which is why the anti-MLM movement is so big right now is because people do not know how to market their MLM properly.

And so they just stalk strangers on Facebook and say hey, you know what are you doing and they pretend to want to be friends with you and then they give you this pitch, plus a lot of distributors are making unethical claims, income claims and product claims, you know, you see a lot of people saying you know this product cures cancer and you can make $5,000 your first week with this company.

That’s just a huge No no, and the FTC and the FDA can shut down your company if you do it that way. There’s a lot of new compliance measures being taken – MLM companies are trying to clean up their act.

A lot of them have compliance departments now, that screen people on the internet, see if they’re talking about their MLM the right way, but is MLM worth it?

Network marketing is still worth it in 2021 if you really truly do love the products. You have to be passionate about network marketing for it to work in 2022 and beyond.

If you knew that there was no income or business attached to your product, would you still take that product? That’s the first question you should ask yourself, would I take this product even if there wasn’t a potential income attached to it.

That’s the first question. Number two is how willing are you to talk to a lot of people because you’re going to have to go through a ton of people to start building an organization.

And if you’re dealing with just the cold market, aka strangers, you’re going to have to talk to thousands of strangers to get a couple signups.

Most of the big internet marketers that do the cold market have blogs, they have huge YouTube channels already established, and they can get a ton of traffic to their websites.

So if you can’t get traffic to your MLM website, you’re pretty much a sitting duck, and you’re going to just be wasting money buying these products that you don’t really need to live on.

I mean most of the MLM products out there are man made. You don’t really need them, and they’re not making you money.

In the past year I’ve seen a lot of people actually quit MLM because times are really tough financially and a lot of people need to make money like yesterday and MLM products aren’t really necessary so people are like I’m getting rid of this. I’m not making any money with this so I’m going to just get rid of it.

That’s pretty much the general consensus right now in 2020 and 2021, is that you know with all the craziness going on in this world. A lot of people are switching from MLM and going over to affiliate marketing because affiliate marketing you’re not Bugging Friends and family.

There’s really no physical product that you have to try to hype up to sell. Affiliate marketing is basically, you get a link to a company that you apply to. Then if someone buys through your link, you know it could be a service or a digital product, it could be ebooks or whatever there’s thousands of affiliate programs but you get a commission if someone signs up through your link.

So you still need traffic to make money online if you don’t really want to talk to a ton of people every single day on Facebook.

In fact, I have a stereotype for you and don’t hate me if I say this but most of the people that I see who get wild success, very quickly in MLM are usually blonde females that are, you know, they’re new mothers, because they’re at home all day – they can’t have a job because they’re raising a new baby, and they’re extroverted, and most of them are easy on the eyes.

So, a ton of people love them. In fact, MLM it’s all about being relatable. And if someone can’t relate to you and say hey I can do it if she can do it I can do it. That’s what you’re going for in MLM, you have to be very relatable and loving and outgoing.

The smartest people in MLM do not make it. I didn’t make it. I mean I made over $200,000 in MLM but I I wrote a lot of blog articles, I did a ton of YouTube videos. And luckily I wrote a few articles about CBD, right before it blew up and became mainstream and I got lucky, but I always treated MLM like affiliate marketing.

I just wanted a ton of people to check out my links and sign up without talking to me. And it worked for a long time but it’s not working anymore. And a lot of people can’t survive off the $20- $50 commissions which MLM pays. A lot of people are switching over to high ticket affiliate marketing, where you can get $1,000 per sale, up to $3,000 per sale.

So if you really want to learn how to do marketing online and make you know more than the $20- $50 MLM commissions, I’ll leave a link under this article, you can check it out.

But is MLM worth it? I don’t think so.

Not right now because people are really, you know, scrambling to make ends meet, and MLM products just get in the way and they’re canceling their auto ships because they’re like this isn’t making any money.

You know the average income of an MLM distributor I believe is $1200, a year. So that’s $100 a month but after your product that’s like negative 50. So you’re actually losing money every single month.

MLM doesn’t really work until year three to five, and you’ve been recruiting like three to five people every single month for three to five years, then you can start getting a few leaders on your team and it could start taking off, but the initial commission is not worth it.

You’ll start getting residual income from a team after three to five years if you’re a normal person like me. If you’re an extrovert and you already have 3000 friends on your facebook you could make good money your first six months.

And if you don’t recruit faster than they quit, then you’re screwed. Then you’re going to be without a team in a year.

The last thing I want to say is most people skyrocket fast their first few months in MLM, but then they start declining every month after that so there is a great initial spike, especially if you’re an extrovert.

You do everything your sponsor tells you, you talk to your friends and family, you create a list of 100 friends all of that and do three way calls and if you do all of that, you know, you could spike really fast in three to six months but then to sustain that and keep it going for many years to come as a different story.

Leader’s teams will shrink, they won’t tell you. You know they’ll still say that they’re a huge earner, and that they’re a huge leader, but secretly their team is declining every single month, and they have to recruit like mad and 80% won’t do anything.

The top 10% of your team will do 90% of your income so you know if you can get three to five leaders, you know, you might make some good money in a couple years but 90% of your team is going to be dead in the water, they’re not going to do anything and a lot of people can’t handle that. They’re like, what did I do wrong. They take it personally. They’re like, I did everything my sponsor told me and my team is still quitting. What did I do wrong?

So there’s a lot of shame and guilt in MLM and if you go to MLM conventions and events. The number one thing they do is they have motivational speakers to talk you out of quitting basically, and to pump you up. And then you feel great for a week or two after an event, and then it gets crappy again and you feel like you’re doing something wrong because people are quitting.

You know, and then they’re like well read more self development books you have to improve you in order to attract leaders, you have to become a leader, and they have all these one pitch mottos to try to motivate you and cheer you up.

So is MLM worth it in 2021? Not anymore unless you’re an extrovert and you love people and you love the multi-level marketing products then go for it. But a lot of people are going to tell you no., if you can handle that, then go for it but if you’re like most people it’s way too much work you know I was busting my butt my first couple years in network marketing, and I like I said $2500 my first year, $3500 my second year, $5,000 my third year. And that was barely enough to cover the products, and if you calculated, all the time I put into the business I was losing money.

So, click the link under this article if you want to learn how to do high ticket affiliate marketing that really works, and we’ll see you on the other side of MLM in 2022. 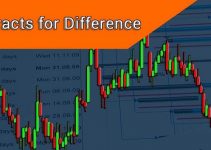 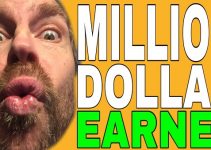