So I want to talk about how residual income works in network marketing down to the exact science, and it’s rather simple. It’s easier said than done, though, right?

When they do anything, when my organization does anything, if they reorder products, if they recruit someone I get a little commission – and that’s how the big leaders make a ton of money. We’re talking over $100,000 or more per month. Legally, there’s no income cap in network marketing.

It’s all based on your efforts, and how willing you are to develop teams and leaders, and leaders are great at what they do, but it takes decades to get there. But there’s natural born leaders that can take off in their first year.

In fact, there was a woman in the MLM news recently that she’s already making, I think $200,000 per month, and it’s her first year in network marketing. Because she’s extroverted, she has lots of friends and so it is possible.

Residual income comes from developing a team that reorders every single month, and they’re building their own teams. So out of 100 people that you recruit, you might find two to three leaders, if you’re lucky. The more you give them training and tools and lead generation techniques, the easier it will be for people to emerge as leaders in your organization.

Don’t just recruit them and then ignore them. Plug them into systems, network marketing is all about duplication and systems. You want it so easy that anyone can do it. A lot of the big leaders just have simple prospecting techniques that anyone can use on their Facebook, almost everyone’s on Facebook, and the leaders say hey, you know, here’s a script, post this image on your wall and share your landing page like this. And that’s it. Right?

If everyone shares that same system, down many, many levels, the organization grows faster. Okay, when everyone has a system, it’s all about duplication. So you want people to come in and say, okay, what’s your system? I want to duplicate what you do. That is what a potential leader says when they join your team.

So the residual income is a beautiful thing, because it just pays you over and over for work that you did one time. I can’t say that enough because a lot of people are like, Oh, I can’t hang on. I can’t keep spending this type of energy and money on my business.

But they don’t understand that every person that they recruit can be potentially worth thousands of dollars. I have only a few people on my team that are very active consistently for the last two years and I’ve made thousands and thousands of dollars off of those people, because they’re building teams, they’re recruiting, and so residual income is a beautiful thing, but you got to get a team going.

But it’s not tiresome for leaders to keep recruiting, it’s just in their DNA. Plus, they have a lot of content on the internet that does a lot of the recruiting for them. AKA YouTube videos, blog articles, long social media posts. And in those articles, and under those videos, they have a link to their opportunity. And if you do enough videos, enough blog articles, then you don’t have to work so hard, you know.

But in the beginning, it’s hard work. You gotta launch your business properly. You got to really do a 90 day or 180 day Blitz to really just get it going. So, it’s all worth it in the end.

The first two years in network marketing I was really emotional. I was an emotional wreck because I was creating content because I saw leaders doing it. I was blogging twice a day, writing a ton of articles and not seeing any traffic. I eventually learned that it could take a year to two years for an article to show up on the first page of Google.

And I was busting my butt. I wanted to get out of my job and my back was hurting. I was approaching 40. And I was like, this has to work. I just kept doing it. Every day I would do a video and I would do a blog article. And then finally two years in I started attracting people with my content.

Now it can happen a lot faster for you. I’m not saying that it takes two years, I’m saying that I didn’t use any warm market to grow my business. I didn’t talk to any friends or family about my business, I went directly to the cold market – people that don’t know me, and that’s where all the money is.

You know, we pay all the way down 10 levels on just first time orders. So If I have a team member eight levels down, I get paid on everything they bring in, or nine levels down or 10 levels down. Then on the monthly commission, which is the residual income on my team volume, I get paid down infinity levels, it doesn’t matter who brings in who, for the binary, as long as I match my volume between the left leg and the right leg, I get a check. I get a 15% match.

So for every thousand bV I match, I get $150 that’s a monthly residual income. That’s not really a lot of people thousand bV on each leg for 150 bucks. You start building that up.

So if someone bought the 400 bV pack, I would get a $200 commission paid next week. So we pay weekly on the first time orders, we pay monthly on the binary commissions. And you just build up and you keep recruiting and when people reorder that will go into your binary commissions, that’s the residual income.

For instance, I had a guy sign up a couple weeks ago, but we just talked two days ago, I shared my number one lead generation technique. He started implementing it and he got leads in one or two hours. That’s how fast you can get leads to your business.

But you got to follow what your sponsor tells you that works. Don’t try to reinvent the wheel in network marketing. Your sponsor knows what works. All right, especially if they’ve been in for four years or longer, like I have. I’ve been doing this a while. I’ve tried every lead generation technique there is almost, you know, not into fancy apps or anything like that. But I know what works.

I’m not going to allow people to do something if it’s gonna be super hard, and they’re not interested. For instance, blogging, if someone doesn’t like writing, but they’re like, I can tell by their tone, if they’re really interested in doing something or not, I want to tap into their passion because you have to be passionate about talking about something every single day, because it’s gonna take a lot of videos and blog articles to start generating free leads.

Go take your pictures of nature and they’re like, Okay, and then I say now do it every day – 10 minutes, 15 minute video, and just talk about nature and what you normally talk about. But say something at the end of the video that can tie into your new home business opportunity.

Like: Hey guys, working from home has enabled me to take beautiful pictures of nature. That’s my passion. And the only way that I was able to work from home is through the opportunity under the link under this video, so check it out, support this channel, like and subscribe. That’s all you got to do at the end of every video.

People want to find out more about you. And they’ll just look for a link under your videos naturally. So that is how you grow your business. And that’s how you save money from buying leads and clicks all the time, or paid advertising. It’s gonna get expensive. You should do both: create content and paid advertising. Post a picture on your Facebook let people ask for more info and then private message then your landing page link don’t give them a landing page link on the wall of Facebook. Do everything in a private message. Don’t even mention your company on your wall.

You want to pique interest, you want people to go Hmm, what’s this all about – more info please. And then you private message them with your landing page. You get them on the landing page because you want them to be in the automated emails from the company. All right, just pique interest. Give them your landing page in a private message and your set. That will help you get residual income. When you get more people in, more people will copy your system and that’s duplication. That’s where it’s all. So Love you guys. Please subscribe. 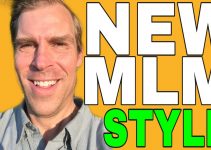 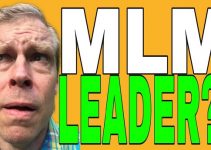