I needed an outlet for those emotions, because they’re basically suppressed for 16 years of heavy, heavy alcoholic use – getting drunk twice a day, blacked out, passed out, pissing my bed, not eating because it would ruin my buzz, you know, just insanity, insane thinking.

But I’m glad I didn’t do that because I would have died in Hollywood. So how did I start making money in 2011? I got sober in 2008. But I didn’t start creating until 2011. And the first thing I did, actually, I still did have a drum set back then. And I wanted to finally create a music album. So I didn’t have any friends left after I got sober with alcoholics anonymous meetings. So I had to do the whole album myself. I had a keyboard, a drum set, an electric guitar and a PA system and I plugged everything into the PA system.

I lived in a converted school bus, I used to just crank up that PA system, get the keyboard running on its own, get the guitar doing a riff on its own, and I would sing, do all these things. Anyways, the album was pretty low-fi. I just did it on this computer program and didn’t know what I was doing. And there is a platform called tunecore. They’re still around, but it’s a music distribution platform. And so I uploaded MP3’s to the dashboard and tunecore and then they would distribute it and they distributed it on iTunes and on Amazon.

I had big hopes I was like alright, I’m gonna make thousands of dollars doing this – turns out I made a couple bucks. But what happened was it fueled me to want to make more money online because I sold an mp3 in Japan while I slept. The excitement of selling something while I slept was so exciting that I wanted to continue doing that. Because, you know, if you want to make passive income while you sleep, you have to start creating products, or promote a company that has products that are available around the world.

So anyways, the mp3 kind of bombed, but that was fine because that got me going on internet marketing. So the next year 2012 everyone was writing ebooks, and everyone was publishing their books on Kindle books. There’s an E-book craze going on. Everyone was writing memoirs and stuff like that to get their payments processed online.

So what I did was I started writing my memoir, called the drunk and how I got sober, and how crazy life was when I was drunk. And so I wrote it in a Word doc. I wrote about 130 pages, and I uploaded the whole thing to my Amazon Kindle publishing dashboard. Pretty easy to do. So I’m like, Alright, I have an Ebook and it’s available everywhere in the world.

So this is my second attempt. And it’s really exciting because I’ve always loved writing. I uploaded it, uploaded the cover image. It’s pretty easy to make. I started getting sales – people were buying ebooks. I couldn’t believe it. I got some orders in America. I got some orders in the UK, a couple people ordered it in Germany. And it was a great feeling. Now I’m working my way up to about $70 a month. But hey, it’s the internet. You know, most people don’t even know how to start making $1 on the internet and here I am doing it on my own.

So it’s keeping me sober by producing all this stuff and looking at my dashboards and looking at the little bit of money coming in. It really inspired me to do more in 2013. I got into affiliate marketing, I found a digital product that could help Amazon writers like myself spy on the competition. It was a product offered by Clickbank. They’re a marketplace for thousands of digital products and all you do is you promote the digital product, and when someone buys through your website that you get, then you get a commission.

So I already had a Twitter audience because of my ebook. So all I did was I tweeted my digital product link on Twitter. And since most of the people following me on Twitter, were writers. It was right in alignment. It was right in alignment with my Twitter audience and that summer 2013 I made $2,000 and I was like, wow $2,000 all online. I can’t believe this, just from being a social selling entrepreneur.

But the sales dwindled and there were no reorders, there was no residual income because people just bought the product once. So I started looking into network marketing in 2014. And I discovered that network marketers can make a lot of money because they earned a commission not only from reorders, from consumable products, people had to replenish their products, but you get a commission from everything your team did.

So that was the key. I had to recruit people and find some Business Builders out of the People I recruit. And so I learned that you teach your team, how to generate their own leads, how to grow their own businesses, and you get them independent. You want them to start growing their business without asking you for lots of help. You should guide them in the beginning, but you want to also teach independence and you want them to be inspired and motivated and learn how to generate leads. That’s the bottom line.

So 2014 took about a year or two because I didn’t have any money. And I knew I had to get traffic to my website. It’s all about traffic with internet marketing. If you want to make money you need lots of people viewing your websites. And ideally the people viewing your websites are targeted, meaning that they’re looking for it already. You’re not spamming them or pushing your product on them. They’re already looking for it.

So I did network marketing for about four years and in 2018 our company, our network marketing company launched CBD oil. This is before the mainstream even knew what it was. And so I wrote a blog post about it. A couple blog posts about it. Did a company review about it CBD – best CBD MLM companies and thousands of people read that article.

I started getting signups every day, my business exploded, my income quadrupled in a year and 2018 was an amazing year, my wife and I traveled across America. Then we took a train all the way back, cross country train, all the way to New York City’s state in Time Square on the 17th floor and the Doubletree, a room that normally goes for $7,000 on New Year’s Eve, we got it for like 400 bucks.

So the easiest formula to create your own content is called invest, learn, teach. I learned it from Ray Higdon. And what you do is you invest in your education – that could be training products. If you want to learn how to prospect on Facebook, you would buy a Facebook prospecting product. And then you learn it. Hence learning the second stage of invest, learn, teach, you learn it, and then you regurgitate it. And you teach it on a video like this. And then you can also blog about it if you want.

Then you leave a link to your product or your opportunity or whatever under every video you do. And you do a call to action. So you tell your audience what you want them to do at the end of your video, like click the link under this video to check out our number one business online. Anything like that. The more videos you do, the more leads you get, the more signups you get.

Then you can start getting sign ups because people are looking for what you got. So think about titles, think about what people type into the search engines. So back to the CBD article. I did the best three CBD MLM companies for 2017 or 2018 so it took about six months for that article to rank on Google first page and then people were already looking for a CBD MLM company and they found my article – it’s a review. It’s kind of unbiased and talks about three companies but at the very bottom of the article, my call to action says click the link to check out our number one CBD MLM company. And that was the company I was in.

That’s how I got all the signups. That’s as easy as I can explain it. That’s internet marketing. Whatever you want to promote, you have to get traffic to it. The cheapest way is to create content like this. Or you can run ads. You can learn how to do Google ads, Facebook ads. You can buy clicks, you can buy leads, but you’re gonna find out really fast that the best leads come from people that find you first. And they like your message. Because people that buy from you want to know and trust you. So that’s why spamming doesn’t work.

That’s why spamming on thousands of MLM Facebook groups doesn’t work because no one knows you. And those things just are filled with spam people. The only people in those MLM groups are spammers. No one goes there to find an opportunity. They go to Google and they type in the best diet shake online. And if you wrote an article called best diet shake online for 2020. then guess what? You’re going to get orders.

That’s how affiliate marketing works. You get traffic to your websites, targeted people, people that are looking for what you already have. It’s not emailing 1000 people you don’t know and spamming them. Yeah, it’s a numbers game, you could probably get one sign up out of 1000 leads. If they’re crappy leads, you’ll get a sign up. But if you want a higher conversion rate, you want targeted traffic.

So write about your product, write about your company. Do a review, do a top 10 review. And at the bottom, say click the link and look at our number one opportunity. That’s all you gotta do you guys. And to stay sober, you got to stay motivated, and you got to stay excited. Okay. You got to stay excited and motivated. Go to the gym. Okay, if you’re sober and you’re restless, you need to get some feel good dopamine the natural way. So start walking, start jogging, start burning off of that, burning that beer belly off.

That’s what I did. And I worked. I worked a lot in the beginning to keep my mind off of alcohol. I got two jobs. But you don’t need two jobs, especially if they make you wear a mask. What you need to do is start creating a video every day. And then if you want to start a blog, and if you’re not a writer, transcribe your videos and slap that on the blog.

Then you kill two birds with one stone. You get a video and you get an article out of one piece of content. Then instead of just having 500 videos, you got 500 videos and 500 articles now. stay busy in the beginning, lift weights and if you want a treat at night and you’re restless, drink some tea, make some cinnamon toast, eat some peanut butter M&Ms, whatever your favorite candy is.

And if you’re really drinking heavy, you need to seek help. You need to be guided by a psychiatrist because you could die from alcohol withdrawals. It’s nothing to play around with. Same with heroin. Any of those opiates could die if you withdraw too quickly.

So that’s all I got for you guys. I love you. Hang in there. If you’re brand new to sobriety, congratulations. It’s gonna work this time you’re gonna see, watch my other videos. stay busy. Learn, right, take notes, watch videos like this take notes and then do your own videos. Talk to you soon. 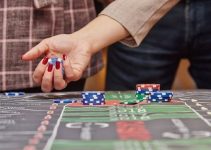 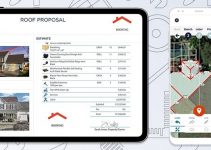