When I joined MLM in 2014, the last thing I wanted to do was be stuck on the phone all day calling leads, or tag team innocent prospects with my sponsor doing 3-way calls. Here’s how I automated my MLM business and made $200k without 3-way calls or calling leads.

MLM is an exciting business venture, but for introverts who have a very small warm market it can be a nightmare. Most MLM leaders are loud, aggressive car salesman types who want to boss their downline. They want you to get out of your “comfort zone” and talk to anyone 3 feet around you about the opportunity. I wasn’t having it.

I learned how to automate my MLM recruiting, first in 2016 with Twitter. I used crowdfire app to send a message to my new followers with my MLM link. I always used the company’s landing pages to capture leads. The message was like this:

This little message worked better than all my tweets combined and generated 1000’s of leads and a 100 sign-ups in 18 months. I simply had to follow a few hundred people a day on Twitter to get enough people to follow me back to receive that message, but it was easy and fast.

I’m not saying to run over to Twitter and do this, this was back when Twitter actually worked, but the point is – you can automate a lot of the recruiting process if you are in a MLM company that emails your leads for you.

Here’s the thing: in 2014, I joined one of the first MLM companies that had a built-in sales funnel for their reps. All you had to do was get interested prospects to sign the landing page form to take a free look inside your business. After they fill the form, you get an email that says you generated the lead.

The first 6 months in MLM I tried calling my leads to help convert them, but I found that the company had such a powerful email sequence that emailed my leads daily, that I just stopped calling my leads. Most people hate being on the phone, and especially calling leads that hang up on you!

The easiest way to explain how I made over $200,000 in MLM was that I generated a lot of leads and taught my team how to generate leads – that’s it! MLM is a numbers game, and the more leads you generate, the more signups you get. Of course, you can’t buy crappy old MLM leads and expect them to upgrade to a paid member; the higher quality of lead, the better.

In the last 5 years I have generated 60k leads and got 800 signups. Most of the signups came from my blog and YouTube channel, but then I found that Craigslist worked and paid advertising.

I’m not saying MLM is easy, here is the breakdown of my income earnings in MLM – I will add a short description of what happened that year that made my income low or high.

2014 was rough because I was just learning the concept of network marketing. I watched 2 hours of MLM training each night and took lots of notes. My blog and youtube were brand new and I didn’t want to call leads. I generated only 1 to 3 leads a day. My first signup was my wife and my first real signup was in the second month from Twitter. My Twitter following was still small.

2015 was a little better because my blog had around 150 articles now and my Twitter following was a lot bigger. I actually recruited someone from Nigeria who brought in around 20 people – so I profited a little but still couldn’t keep a team or get them to duplicate. The big money in MLM comes from duplication, where people you recruit start building their own teams. Remember, I recruited no friends or family, this was all cold market.

2016 was the beginning of knowing more about MLM and knowing that the true income in MLM was helping a team succeed more than myself. I started to refine my lead generation system that my team could use. Plus, people were starting to see that I was faithful to one MLM company and didn’t jump around every six months looking for a new get-rich-quick scheme.

2017 everything was coming together. My blog and YouTube were taking off and the company I was in just released CBD oil which exploded my income.

Later on, CBD became a big nightmare as far as internet marketing with it goes.

This little introvert made $73,000 in MLM and I literally worked one hour a day. The money came from people who not only liked my style of marketing but were excited enough about the products and the automated recruiting system to build their own teams without me hand holding them.

It really only takes a few leaders on your team to make significant income. I had recruited over 800 people, but only 600 were in the CBD company. Out of 600, only 10-20 people really did anything. That was enough to give me a full-time income from home. That’s what it’s about.

So far, 2019 is looking good, but I am no longer promoting CBD oil. I have switched to a company that I can truly promote without worrying about regulations and compliance. I can also freely advertise my new MLM with PPC ads and target over 100 countries. We still have the same landing pages and autoresponder which helps me build a big team fast. 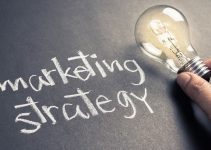 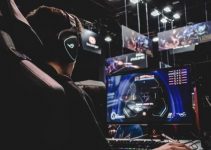