Alright, so this is how success works. I’m going to use the analogy of the rock band, skinny and aggressive.

So when a band starts out usually let’s look at the hair bands like Guns and Roses and Motley Crue – those old school hair metal bands.

When they got to Hollywood, they were skinny and they were aggressive, and they did whatever they could. They were just barely eating. They were staying in hotel rooms, they were living in their vans. They would go across America in a little tiny van eating beans out of a can.

But they played their music every night with all of their heart. And they barely got paid. When they got older and started getting success they could stuff their faces with the finest foods. They got a little bit chubbier. They weren’t so driven and their music started to decline physically as they got older.

But in those early years when they were hungry, they were angry, and they played with all of their hearts. They got the success that they wanted, but it took several years.

So how hungry are you for success? How skinny are you? I’m losing weight every day because I’m sick of being overweight. I’m sick of feeling my age. And so I’m going backwards, not only my weight, but I feel a lot younger.

I’m building my business with my back against the wall, just like those 20 year olds that were playing on stage. I’m playing to win because I am going all the way and you can’t do network marketing or affiliate marketing just as a little part time thing. I mean, you can if you want to make $200 a month, but if you really want success, your back has to be against the wall, and you have to literally be starving, because you want to change.

That’s how internet marketing works these days, it is so competitive, you have to be everywhere or you have to have a ton of friends. There’s no other way around it.

The bottom line is you have to get a ton of traffic to your landing pages, to your offers, to your websites. You can’t do anything without traffic. The people that make it in MLM either have a lot of friends that they bring into the business, a lot of contacts from previous MLM companies, or they have money for paid advertising, or they have a website or a YouTube channel that gets lots of traffic.

I didn’t have friends when I started, and I didn’t have money. So I was like, I’m gonna create content every single day, I was writing two articles a day, and publishing a video every day.

For the first three years, I had like 400 articles. By the time I first got my first team in network marketing, I had probably 200 videos, they all sucked, I deleted them and started all over.

There is no easy shortcut in internet marketing or direct selling. So that’s the lesson today guys, look at my businesses down below and thanks for reading. 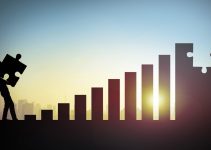 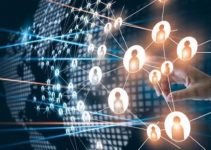