We are going to talk a bit about the history of web application development and how now companies dedicated to this have become something that a couple of decades ago was not in the minds of the vast majority of developers.

So how did it all start? Although there are those who trace its origin to the first mobiles in the early 90s, it seems that the term app began to be used several years later, in 2008. It coincides with the launch of Apple’s App Store and with Android Market, which is now known like Google Play. This was the moment when apps began to become popular, especially for mobile devices.

There is a brief review of one of the first and most famous applications. A game that Nokia had on their phones and that became an icon. It was 1998 when Snake invaded us and, probably without realizing it, made a lot of changes for the world of apps.

With the arrival of the new millennium, the first increasingly powerful smartphones began to be created. In 2007, Steve Jobs introduced the iPhone. The world of mobile applications began to change completely, and in 2008 the App Store would arrive, ideal for creating applications and being marketed through it. And although at first it started with 500 applications, today it already has more than 2 million.

Google would soon begin to work to launch the Android Market, offering many possibilities to users and reaching one billion downloads two years later. The App Store did it in 2009, and since then, these numbers have not stopped growing. Now, what can be said about the evolution of the web application development company? Where is it going?

As already seen, all kinds of devices and mobile applications came a few years ago to stay. More and more companies want to have one for their business and offer their products or services through it. For this reason, below we will see some of the trends in these tools.

• Greater presence of artificial intelligence. Technology is increasingly being humanized, for example, by introducing chatbots and virtual assistants such as Siri or Alexa, increasingly developed and used by companies. This type of technology can perform from customer service to employee training. This favors cost savings for many businesses.

• Security. As you have been seeing in recent months, security is increasingly important on mobile devices and this trend will continue. And it is that more and more companies and countries suffer hacks, with the consequent losses that this entails. For this reason, it is intended to reinforce cybersecurity and prevent private user data from being stolen, which can generate great mistrust among citizens and a possible rejection of technologies. To avoid this situation, different laws are being implemented, such as the famous RGPD law in Europe.

As we have seen, the impact of Web applications on how to operate a business, transmit and receive information, and even on people’s lives is considerable. Web applications offer the opportunity to connect users with each other and companies with their customers. In short, today’s web application developers are shaping their future digital future. 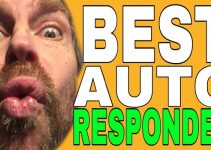