Hey guys, Erik Johnson, I want to share my story with you, and hopefully this will inspire some of you if you’re struggling in your network marketing business.

I’ve never done this before, this is going to be very raw and very real. I think it needs to be done quick because things are changing so fast, but I want to document where I’ve come from, just to show you guys. I’m a little embarrassed about it, but here we go.

So when I was 25, I left the Job Corps, I was training as a merchant seaman. I quit early because I wanted to be an artist. I wanted to be a writer, and write poetry and drink wine under the stars, and so I moved into a converted school bus on my parents property.

I didn’t have any debt. I felt free. I could just ride my cruiser around town and write poetry under the stars and whatnot, you know all the romantic stuff that younger people think, and I thought I was going to be a big writer.

Eventually though, wine became an every night thing. And then it was just cheap malt liquor and I started getting drunk more than writing. Then I started getting credit cards, and using them instead of getting a job. Pretty soon I had a lot of debt, and I was getting drunk every night, and my dream of being a writer kind of slowly faded away, and also being a musician, playing drums, playing guitar – that started fading away.

I found myself basically flipping burgers in restaurants and being hungover at work every day, not liking myself and not liking people around me – just going home and getting drunk after work.

Then when I was 32, I had a heart attack at work, and a waitress found me on the sidewalk trembling and she called the ambulance and they airlifted me to the hospital and I had a stent placed in my left artery. So that was pretty much alcohol related until I got sober.

Things were just getting worse and worse and I still lived in the school bus. But then, when I was 41 I discovered network marketing, and I learned about the potential of it, the unlimited income; the passive income that you can create by having a team reordering.

I started just watching videos about network marketing and all these testimonials were coming in and I just loved watching the testimonial videos and that’s why I’m doing this one today.

So, I really wanted to go for it, and I struggled for the first three years, I still had to work in restaurants, but I had a dream now – my dream was back, since I lost my writing dream and my music dream, network marketing was my new dream, and I was going to do anything it would take to get successful.

So a few years went by, I was struggling. I was spamming my link on Twitter and people were quitting on me left and right and I had large teams come and go from Asia and Nigeria and I was just like what’s going on? I’m working so hard and people just, they’re just leaving. But I knew I could make it and my income was slowly starting to rise.

I was embarrassed to do videos because I lived in a school bus, and it was really hard. I had to fake it till I made it. I had to do videos and pretend that I was a leader already, even though I was only making like $150 a month, I kept going.

People kept quitting on me. It was very very hard, I cried, you know at least once a week. I kept staring at my inbox waiting for leads to come in, you know, and they never did. People would also spam me back, and tried to recruit me in their business when I tried talking to them about my business. It was so frustrating. I kept going.

So now, with Hempworx and CBD oil and the marketing system, and keeping going, you know when I wanted to quit, all of it’s changing so fast now it’s finally happening.

Okay and yeah I’ve lived with girlfriends in their house before but only for a couple months and then I moved back into the bus. I’m not flipping burgers anymore. And I’m selling this bus, my wife and I are moving, we’re getting a very nice cabin in North Carolina, idyllic settings, forests, Mountains streams.

I work online full time now. I’m in my PJs. So it does work. Okay. And this is a big moment for me because I’m literally like a native, you know I’m not used to living in houses. I’m not used to sitting on couches and eating dinner at a dining table. I’ve been hauling in my own water for 20 years.

So, hempworx (network marketing) has changed my life, guys. And this is the real deal. We get paid weekly on time every week, we get monthly checks and CBD sells itself. This is a no brainer.

All you gotta do is just keep at it day in, day out, you will definitely have quicker success in this company than I did with my first company. My first company went down in flames and this new company came along and saved my butt. Now I’m one of the leaders, and it’s changed my life forever so love you guys and see at the top of the MLM mountain. 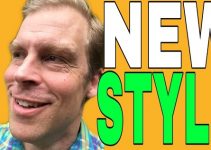