Consistency is the only reason I’m successful in network marketing and I’ll explain why. Over the years I’ve seen so many people and so many companies come and go, and the people that stay in the same company for decades are the ones that still remain successful.

The other people are still looking for the shiny object, the grass is greener on the other side. They think, maybe if I change companies it’ll improve my successes. You know, maybe the comp plan isn’t paying me enough, maybe my upline is not good enough. All those things are thoughts of people that haven’t been in network marketing that long. And I’ve had those doubts many times.

The first few years in network marketing I was mad at my sponsor all the time, even though I didn’t really talk to him. I looked at his actions, and I was like, if he just built my leg more I would have more success. Then I got mad at the company when they couldn’t ship products to certain countries. I was like, that just ruins my business.

Over the years, I’ve had people comment on my social media, they’re like, Erik, I can’t believe that you’re still going (in network marketing). That’s amazing. Those people (new to MLM) have already been in five different companies while I’m still in the same one.

So consistency will guarantee your success in network marketing. What I mean is that if you stay in, during the hard times and during the good times, because it’s going to fluctuate, this is a business. If you show up every day, in some way. It could be a small post on Facebook, it could be a tweet, could be a couple of LinkedIn recruiting scripts, you know, back and forth in the chat rooms, whatever. If you do something every single day, just like you do in your life, you show up every day for your life. You might have kids, you might have a hectic schedule. If you show up, you will get paid in network marketing.

It might take three, it might take five years, it might take 10 years. But if you show up every single day, just like your job, you’re already showing up every day for your job and you get paid for that. If you’re going to show up every day in network marketing, you’ll get paid. It’s going to be delayed, though. That’s the difference between a job and network marketing is that you have to build a team that starts recruiting and acquiring customers without you. It’s all about leveraging the efforts of other people in your business to get a team going, you might have to rebuild that team three different times.

So it’s very hard to tell the future in network marketing. You know, we don’t have a crystal ball. We can’t tell what’s going to happen five years from now, but like I said, in my last video called millionaire downline, you could have a potential leader on your team already. And it might take two to three years for that person to play out and actually become successful.

Many people don’t realize who they have (on their team) and they quit. And several years later, that person can start making, you know, $20,000 to $100,000 a month beneath you. But if you quit, you never see that. So, show up if you want to get paid in network marketing, show up every day just like you do your job.

Because a lot of people think that network marketing is like a lottery ticket. They think that it’s not a real business. MLM businesses are treated kind of like a slot machine. You know, they’re like, if I just get that one leader I’m gonna be making millions of dollars a year. And I believed that as well when I first started, I still think that, you know, because in our business, we do have a binary compensation plan, binary model, meaning that we have a left leg and a right leg and you could literally get a leader on your left and a leader on your right. And you would be set up for the rest of your life if those leaders kept recruiting.

I don’t think you should ever sit back and relax though, if you think you have a leader, because I thought that I had leaders many, many times and you just can’t prejudge anyone because I’ve had people that I didn’t expect would do anything go on to do very well for many, many years and I’ve had people that I Just bowed down to who didn’t do anything. They talked big.

In fact, it’s kind of like boxing, in boxing the biggest talkers usually get beat up the quickest. It’s the same in network marketing. When you get someone that comes on your team, and they talk big, they’re like, you know, I’m gonna make 20,000 a month with this and six months.

Those are usually the people that will quit the soonest. Because they really don’t understand what it takes to build a business like that, even the leaders that can make that much money don’t talk that way because they’re humbled. They’ve been around the block. They don’t toot their own horn. You know, successful leaders do not really, they might say how much they’ve made in network marketing, because they want to tell you what their past is. Kind of like sharing your resume with your employer.

Especially in the beginning, I used to just watch YouTube videos all day long about people that had everything going against them and they still made it. For instance, this pizza immigrant delivery driver, he’s from Armenia, I believe he was Armenian and moved to California or somewhere. And this is on Art Jonak’s channel. I think it’s the mastermind event channel. But he couldn’t speak English that well. His car was breaking down. He would barely get to network marketing conventions and events and he would park his car blocks away. Because his car was so embarrassing, but he made it anyway.

And it took him eight years of building his business and then finally it took off and he was able to buy his parents a house in America and flew them in and he was on stage and his English was still broken up a little, but his heart was so big. And, you know, for him to finally make it after eight years. Now, I’ve only been in network marketing for six years. And to me, that seems like two decades, it seems like a very long time. I’ve learned so much.

So if you just joined network marketing and you think you’re going to get millions of dollars in a year, think again, you’re going to have so many different changes and transitions and transformations, you’re going to become a diamond in this industry, if you keep going. And you got to show up every day just like you do with your job.

I don’t care if it’s a video. If it’s a small post, you have to show up every day if you want to get paid. And the thing is, there is a delay in network marketing income, but once you get it going, once you get that income going in network marketing, it will pay whether you show up or not, you should always show up, you should always keep recruiting and staying in the trenches with your downline, your team, because they will.

They’re watching what you’re doing. And you got to show up for them. But you don’t have to work. Once your team gets going in their building, and they’re recruiting down 10 levels from you, 20 levels down from you, you don’t even know them anymore, and they’re just recruiting around the world. You’re going to get income from that. And that’s the best residual income I’ve ever had.

So stay in and show up even if you’re not even recruiting right now. Because if you’re in the right company, there’s carryover. So if you don’t tap into the group business volume, it will carry over every single month until you tap into it. So it’s kind of like a piggy bank. In fact, my left leg has a lot of BV I haven’t tapped into. So technically, I only need to build one leg now. So, if you want to take a free tour in my business, click the link below. 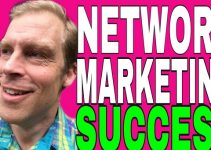 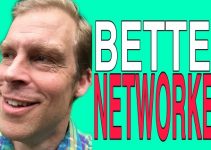