The Top Leaders in MLM are exciting to watch in 2022. These MLM leaders are like Rockstars to me. Many have gone from rags to riches with network marketing. Anyone can achieve success in MLM. Can You Make Money in MLM? You bet you can profit from multi-level marketing! These statistics are to inspire you to never quit! Below I have compiled the best MLM companies who have paid the most commissions and made the most millionaires. This list is estimated earnings at top MLM companies worldwide.

Amway – Has 22 Millionaires and almost Millionaires on the Top 500 “Lifetime Top Earners” report from Business for Home. Amway has been in business the longest (1959) and they are all about self-improvement and training. It has paid off big for them. Here’s the Top 5 Earners from Amway:

Forever Living – Founded in 1978 in Tempe, Arizona, Forever Living is the essential oil’s giant whose revenue is around $1.7 Billion per year with 9 million reps. Here’s their top 5 Millionaires:

Nu Skin –  Has 82 Millionaires and almost Millionaires on the Top 500 Lifetime Top Earners. Nu Skin was founded in 1984 in Provo, Utah. Nu Skin primarily has skincare products, but they offer over 200 products. Here’s their top 5 Millionaires:

Jeunesse – Founded in 2009, Jeunesse quickly became a Billion dollar network marketing company. Founded by Wendy Lewis, who has been named most influential woman in Direct Sales 3 times, knows how to run a business. They have 33 Millionaires and almost millionaires in the top 500. Here’s their top 5 Millionaires:

Herbalife – Founded in 1980 in Los Angeles, Herbalife is all about nutritional shakes. They have over 2 million reps around the world. Here’s their top 5 Millionaires:

ACN – Founded in 1993 in Concord, North Carolina, ACN offers a wide-range of services in the utilities and telecommunications space. They are in 25 countries and recently launched Japan. Here’s their top 5 Millionaires:

Melaleuca – Founded in 1985 in Idaho Falls, Idaho. Melaleuca has made several millionaires with their proprietary tea tree oil, along with 350 more products that range from cosmetics, laundry, vitamins, and first aid kits. Here’s their top 5 Millionaires:

IM Mastery – Originally called iMarketsLive, IM Mastery was founded in 2013 by Christopher Terry. The academy teaches you how to trade Forex. Here’s their top 5 Millionaires:

Doterra – Founded in 2008 out of Pleasant Grove, Utah. DoTerra specializes in essential oils. Their Top Earners:

My Daily Choice – Founded by Josh Zwagil in 2015 out of Las Vegas. Specializes in nutritional sprays and CBD products. Their top earners:

Valentus – Founded by Dave Jordan in 2014. Valentus offers 25 products in the weight management sector. Their best seller is SlimRoast Coffee.

When I started MLM in 2014, I had no idea what it was, or the power that it could produce in changing my life forever. I wanted to learn everything about it because I saw what the top leaders made per month.

I then discovered that there was no income ceiling in MLM – that you could take it as far as you wanted. The main secret to network marketing is the willingness and passion in helping others cross the finish line. That’s all it really takes, plus insane tenacity, determination, and consistency.

There will be bad days, months, even years. But, at the end of the day you will know that you are on one of the only business paths that can ultimately, and in a big way, change your life forever!

Heck, I was a burger flipper making $12 an hour with an aching back. MLM was my only ticket out of there.

Now, six years later I am never looking back! Once you experience some success in MLM, especially the passive income stream, you will never look back either! It’s true that 2022 is the year for you with MLM success! 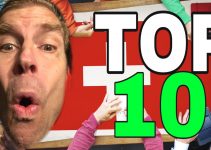 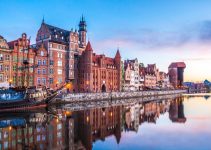