Hey guys, what’s up? This is Erik Johnson. Today I want to talk about how to set up an automated MLM business. Now I’m not talking 100% automation but pretty darn close. I work about one hour a day with my business. I got it dialed in. I’ve been doing this for almost six years.

The bottom line is you got to be in an MLM business or a company that has a built-in sales funnel. That’s number one. So what I mean by that is that they give you high definition landing pages, so you can capture leads, and it looks like a signup form. You put your name, email, phone number is optional. And when a prospect fills out that form, it instantly takes them into their temporary dashboard into the company where they can look around at everything and watch the video by the CEO, look at the products and look at the comp plan.

That’s the bottom line is to start sharing your website links that you get when you start as a distributor. I want to talk about the automation aspect of it. So basically, when I started network marketing 2014, I was fortunate to have joined an MLM company that had a built in sales funnel for all the reps. And so what that means is that when a prospect signs that form on the landing page to take a free tour, the company then emails that lead for you.

So what I did was I basically learned how to share my website links in a lot of different places where prospects were looking for a business opportunity. So the best content would be, you know, videos on what are the best MLM companies out there, and then you put your link under the video, and say check out my number one MLM company by taking a free tour through this link.

I also did articles that way. So basically, when people signed up with me, or at least they took a free tour, and the company started emailing them every day urging them to upgrade their position to a paid member. These people are already looking for a new opportunity because I wrote content about it. Now if you try it to buy leads from Fiverr or some other crappy place, you get what you pay for and you’re not going to get a lot of good leads, you’re gonna get really cheap people. A lot of them might be fake leads.

So not all leads are created equal. But the bottom line is, if you get enough people signing on that free tour form to take a free look at your business and then they start getting emails from the company. The more people you get to that website, the more you’ll get signups, and with our email system, it’s easier than ever to do MLM online.

I signed up with a company that had the autoresponder built in that emailed my leads, and ever since then, this is five almost six years later, every company I’ve been in has an autoresponder built in. I think I checked out a couple mlms that didn’t have an autoresponder and I was like, I’m not going to do this because I don’t want to set up a sales funnel from scratch. I don’t want to use AWeber and spend an extra $80 a month, you know, setting this email system up when the company already has it in place for me so I’m kind of spoiled.

I’ve been doing it this way the whole time I’ve been in MLM and so the automation part, the automated passive income that I’m talking about
is that once you can start generating leads consistently you will get signups even if you’re not at your computer, I get signups while I’m out for you know running errands or you know, landscaping or whatever. Because the emails are constantly working for me. They email the prospect every day and after a couple weeks it goes down to twice a week and then after a month or two it goes down to once a month.

But there is a cut off every Thursday at midnight where all the paid members leapfrog the free tour takers and it’s written in the emails that the prospect gets that they’re going to be leapfrogged if they don’t capitalize and lock in their spot by buying the product as a distributor.

So my upgrades happen around Wednesday and Thursday. They happen around midweek. They happen close to the cutoff. Sometimes Wednesday is better than Thursday. Doesn’t matter if the cutoff is Thursday. Some people are like, you know, Hump Day is better for some reason. And every day every day is different. But what I’m saying is the emails work, it takes seven to 15 emails or exposures for a prospect to finally, activate, engage and buy product.

So these emails are very effective because if you just share your customer website, where they look at the products, if you’re just sharing that people are not going to be really willing to buy the first time they see your website. That is why I’ve always shared my landing pages. If you don’t like the company’s landing pages, you can always create your own. You can try other sales funnels, but the company has a great email system.

And so the last six years I’ve generated probably 60,000 leads. I’ve recruited 800 plus people just from that system. So if you look at the conversion rate, that’s like 2%. So these are all basically cold leads. These are people that don’t know me. So I call them cold leads. It’s your cold market. But I believe that is where all the money is.

Now, the warm market are your friends and your family. And the leaders will tell you to start with them first because they’re easier. They’re easier. It’s an easier market because they’ll probably sign up because they trust you. They love you. They want to support you. And they’re like, Okay, well if you say that these products are great I’m gonna sign up with you because you’re my daughter, you know, so warm market is the easiest.

The thing that happens though is 90% of the people that join MLM is that they run out of friends and family to talk to and then they just stop. They’re just like, Well, that’s it. That’s all the people I know. I’ve talked to everyone. But the thing is, is that there’s millions of people in the cold market looking for a new opportunity. So if you can learn how to generate leads from the cold market you are invincible, but you have to keep recruiting leads, you have to keep generating leads in the cold market.

So back in 2018, CBD had been around for about half a year and a couple of my articles ranked number one in Google. And one month I got 54 signups. I didn’t talk to these people once. I didn’t call them, I didn’t email them. The company I was in emailed them for me. They wanted CBD because they found an article about CBD, I had a call to action at the end of the article, a button that said, click here. And they signed up on the landing page that I talked about. And then they start getting emails from the company saying why they should upgrade and it works beautifully.

So the bottom line is you can do this in any MLM. And the automated passive income part is you teach your team how to generate leads, just the same way that you are. And you get enough people on your team doing that you will start getting a passive income check every single month.

The beauty of network marketing is getting duplication. You don’t really have a business, if it’s just you recruiting people, by yourself. It’s a team effort. That’s where the big money is. The big money is when you get your recruit Bob, and Bob recruits Sally and Sally recruits Lisa, you’re down three levels.

Okay, so your organization is going deep. Okay, you want people building their teams eight levels down or more. The deeper it goes, the more solid your foundation is and then they’re going to take off on their own. They won’t even know you by eight levels down. They’re not even going to know who you are and you could get someone recruiting rock stars way down there. They don’t even know you. They just take off on their own. And you’re sitting here getting an income check every single month for all the recruiting and activity that they’re doing all those levels down.

You know, it’s a beautiful thing but you have to get your team built first. You have to grow a team that starts duplicating a lead generation system. That is the bottom line, that is the main secret of network marketing is getting at least three people on your team recruiting consistently every single month.

If you have three to five people building teams, your income is going to grow quickly. My income quadrupled in six months when CBD got hot and I had those articles. So start creating content because you can buy leads but leads can be $2 to $4 each and in the cold market you might need 100 leads to get one sign up, so it gets very expensive.

So start with your warm market, talk to your friends and your family. But start creating content in the beginning as well and you don’t have to be an expert to get people to join you. 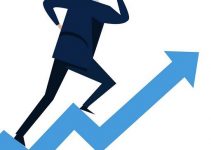 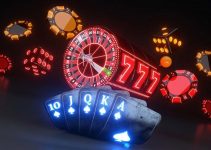