Hey guys what’s up, so anyone can generate leads if they follow my system, and they get the system when they join my team. I do that because I want people to get started on the right foot and it’s all about generating leads, especially if you’re working with the cold market.

You don’t want to talk to friends and family. You just want to do this all on the internet. Kind of like affiliate marketing where you just, you know, share your link, get traffic to your links, generate lots of leads, and then let the autoresponder of our company email those leads.

I know it works because I’ve done it for the last six years, generated probably 70,000 leads and recruited 1400 people in one company. So I know it works. But here’s the thing, even though I can get you generating leads in the first hour sometimes – there’s more to it than that.

It’s still network marketing, you still have to build a team. Because if you just did it all on your own, you would still break the bank. It would still cost a lot of money. You have to get people on your team, doing what you’re doing. It’s all about duplication in network marketing.

You want to build a team that’s doing what you’re doing. Anyone can generate leads and get people in. The question is, can you get those people to stay in for two to three years and have them consistently generating leads?

Because here’s the thing: if you generate 10,000 leads and get 100 signups. Here’s some statistics and this is a conservative figure 80% of your team is going to quit within a year to two years. So if you generate 10,000 leads and get 100 signups you’re only gonna have 20 signups left in a year or two. If you don’t build a team, that’s just if it’s just you. That’s if your team doesn’t do anything.

So you’re leveraging the efforts of others. They’re helping you and you’re helping them. It’s all a team. But if you just do it all on your own, and you’re generating massive leads, it doesn’t matter because you’re gonna be spending thousands of dollars, and you’re gonna just watch people come and go.

But if you teach people how to generate leads like yourself and teach them some network marketing training, and tell them it’s a two to three year game plan, sometimes even longer, 5 to 10 years, it’s still better than a dead end job I think. If you teach them that, it takes consistent action for a couple of years, some people are gonna get it, they’ll stay in. Then you can leverage the efforts of others.

Most of your income will come from your team, not what you’re doing. So yeah, generating leads is great. They’re not super hard to come by. You can buy leads. You can run advertising. I like running advertising because people click on the ads, which means they’re interested. I don’t like solo ads or clicks that you buy. Because you don’t really know if the people are interested or not.

With paid advertising, though, whether it be an ad or pay per click ad, when someone clicks on the ad, and they fill out the landing page, they’re pretty interested – they want to check out more, and our company has a great sales funnel already set up for us.

All you gotta do is just get traffic to those landing pages. And when a lead signs up on that form, they’ll see a series of videos from the CEO who explains everything from the compensation plan to the products. So if your lead watches off all of those videos, they will definitely understand what the business opportunity is all about.

Now, they probably won’t buy that same day. It’s rare. Probably 10% will buy right after watching the videos, but some will log out and come back another time, and that’s why the emails are important. Because, the lead will start getting a series of emails from the company. It takes seven to 15 emails for a lead to upgrade and become a paid affiliate.

So it’s all worked out for us. All we got to do is generate leads but that’s not where Network Marketing stops, it’s more than generating leads. You have to get people on your team doing the same thing you’re doing. That’s where the money is.

Because you’ll break the bank, watching people come and go, if you don’t teach them a system, or you’re recruiting the wrong type of people. You want to target people that are looking for a network marketing opportunity. A lot of them will have experience already. You don’t have to explain what network marketing is.

But if you’re brand new in network marketing, and you’re following my system, and you’re already generating lots of leads, that’s awesome. That’s the first step.

I tell you the basics because I keep it simple. So people can understand it and start growing their own business. But there’s a lot of training involved if you want to get into the mindset, and just learning about the profession, is going to raise your vibration.

People want to join people that know what they’re talking about. If you just generate clicks, and leads, but you don’t really understand network marketing, you can’t really help a team. So you have to do everything.

But in the beginning, yeah, it’s as simple as generating leads. But I love it. I love network marketing and I’m still getting a paycheck for work I did years ago you know, I wrote some articles I got some videos from 2016 still generating leads for me.

So if you want to save money on advertising, do videos like this. That’s why you got to learn network marketing so you can talk about it. You know, first two years in network marketing, I watched other MLM trainers and took notes and then I would do my own video. I would take notes and then do my own video and sure the videos sucked in the beginning.

But the more I did it, the more I got my voice. And the more experience I got, the more I could talk about it. So it’s way more than just generating leads, guys. I hope this video/article helps. It’s a new profession. It’s a very powerful profession. But it doesn’t operate like other other industries.

And I’m approaching four years (in one company) in network marketing. It’s the longest thing I’ve ever done. I used to quit jobs left and right. I only went to college like for a year, two years over the course of 10 years, I got maybe two years of college and quit and had like 80 jobs – and four years that’s a long time for me.

That’s because it’s empowering. It’s exciting, residual income. There’s nothing like getting a check every single month. It’s like having a pension. It’s like I’m already retired. I mean, this is my life. I just go for a walk and talk to you guys. The money comes in from network marketing. I make just as much as someone that worked 30 years at a factory.

You know, I had a girlfriend one time and her dad was a concrete truck driver. He worked from the start right after high school and worked till he was like 50 – so 18 to 50 and he made like $3,000 a month from his pension. He retired young, like 52, something like that.

And he was living pretty good for $3,000 a month. But it took him 30 years, something like that, to get $3,000 a month. I’m already doing that after four years. I’m living like I’m retired. So network marketing is super powerful. It’s the easiest business to join less than $200 a month. You can be a home business owner.

You’re not walking away from a brick and mortar business that failed and you still have to pay a landlord for the rent for an empty space because your business couldn’t make it.

But you design the life you want. It’s very exciting. I never thought I would be here. Six years ago, I was flipping burgers, and before that 12 years ago, I was hung over or drunk every day, scared about life and very scared about going into a job shaking. And it was hell. I created hell on earth.

Now I’ve created paradise. And this is beautiful like this. I mean, I’m just walking around this corner. All of this is just Wilderness. This road is like mine. There’s hardly any cars on it. It’s like my back driveway. And just talk to you guys every day. 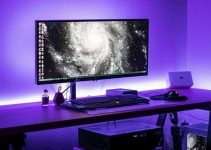 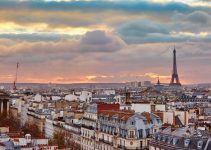